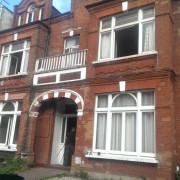 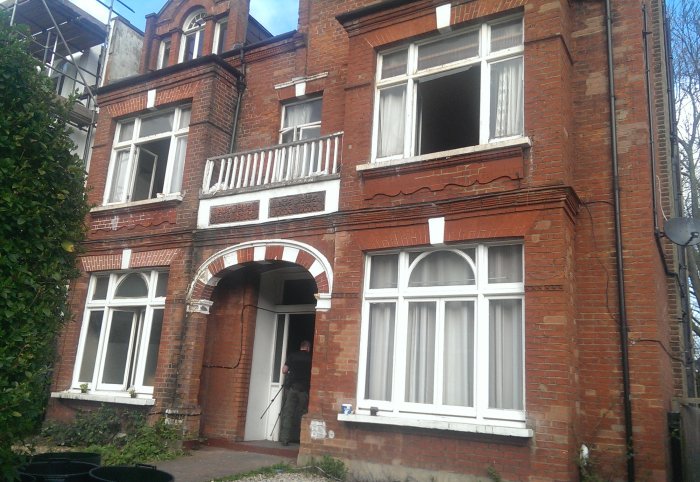 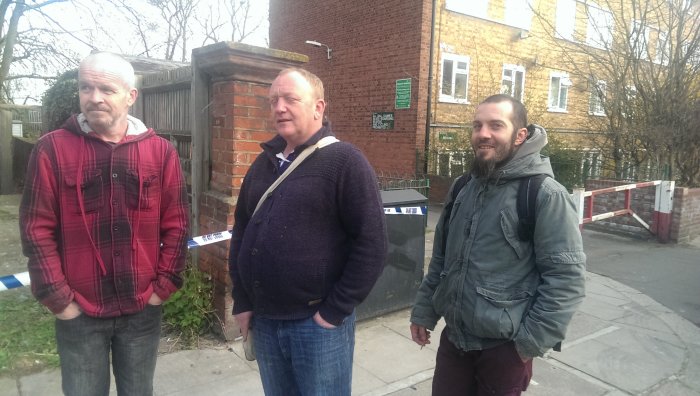 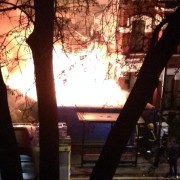 Around 10.15 last night, a fire broke out in a house near the corner of West End Lane and Messina Avenue, right by the northbound Woodchurch Road bus stop.

The property has had scaffolding up for a while.

According to one local, who spoke to the fire crew after the fire was out, everyone inside the building got out safely.

@WHampstead I spoke to the firemen as they were packing up. Apparently they got everyone out & all were.ok. Big thanks to the crews.
— dali_llama (@dali_llama) November 23, 2013

This morning, the damage is clearly visible, although is perhaps not as bad as the first images might have suggested. The fire appears to have been contained to the one building, and the clean-up and repair operation is already underway. 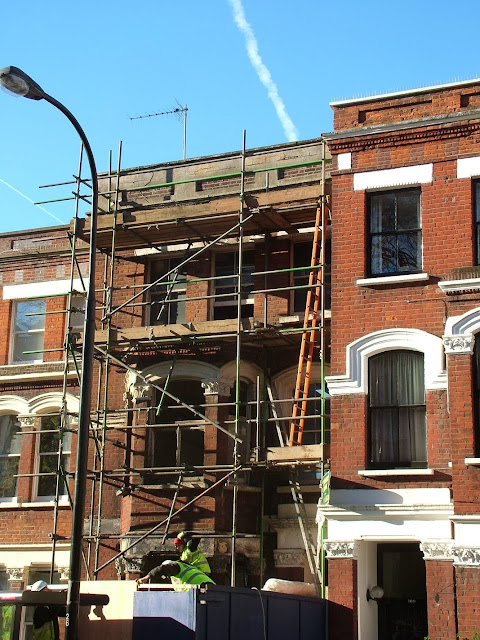 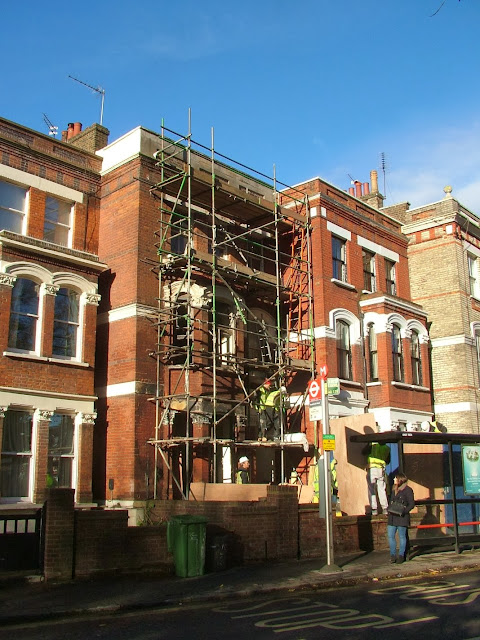 There’s no news yet on the cause of the fire.

After an hour, the fire at No.39 was out. According to the fire brigade, part of second floor flat, a staircase between the first and second floors and a ground floor hallway were damaged in the blaze. Fire crews rescued a woman and a child. The woman suffered burns and smoke inhalation and the child suffered smoke inhalation. A further two men were led to safety by fire officers wearing breathing apparatus. All were taken to hospital.

The cause of the fire is still unknown.

This comes two weeks after an elderly woman died in a fire in West End Court on the corner of Priory Road and Greencroft Gardens.