Amid solar storms and international women’s day (50% of the population, 0.2% of the days?), it was a relatively quiet week in West Hampstead, so what were the highlights?

A West Hampstead man was convicted of being involved in a Ponzi scheme.

WHAT published its latest minutes.

On the website:
The fate of 187-199 West End Lane rests with City Hall.
The Neighbourhood Development Forum had it second meeting.
We tried to decide where the best Sunday lunch is in West Hampstead & Kilburn.
Tom went to Woody Grill.
A new deli opened on the Kilburn High Road.

You can now collect Amazon parcels from lockers in the O2 centre.

Photo of the Week
Amid a crop of sunset photos, we had a clear winner 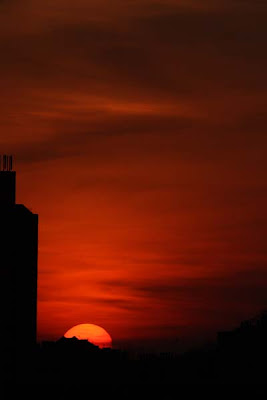 Sunday Lunch in West Hampstead and Kilburn: The Ultimate Challenge Do we need more visitor parking?