We all know that West Hampstead tube station is a busy place in morning rush hour. Elbows, rucksacks and briefcases are flying; the free papers are snaffled up; the tutting is audible as someone’s Oyster card fails to register. The entry gates act as a funnel for residents and commuters from further afield alike.

A data crunching firm decided to find out exactly how busy all the tube stations on the network were. They took data from weekdays in November 2010 to get average entry numbers to every station for 15 minute intervals.

This tells us that West Hampstead actually IS a busy station. Across the network, 8.15-8.30am is the peak time for people entering stations. An average of 863 people enter West Hampstead station at that time – that’s pretty much one person every second. 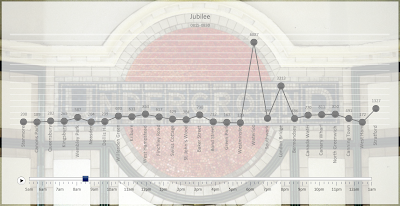 In fact, West Hampstead is the fourth busiest station on the Jubilee Line during these 15 minutes. However, the other stations: Waterloo (6,887), London Bridge (3,213) and Stratford (1,327) are all interchange stations and the data simply records numbers entering the tube in general, not for each line. It’s still reasonable to assume that for Waterloo and London Bridge, more than 863 of those people are boarding Jubilee Line trains – but Stratford is less clear cut, with the Central Line presumably accounting for a very healthy share. 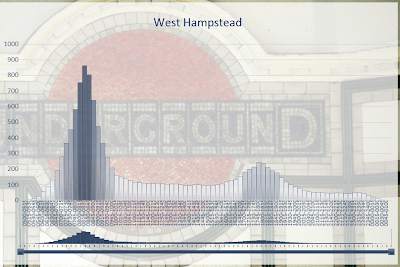