If you’ve been super organised and got your 2014 diary already then here’s a date for it: NW6 Film Club on Sunday 5th Jan.

We’re kicking off the New Year with what should be a great start: the biopic Mandela: Long Walk to Freedom. There couldn’t be a more appropriate time to look back at the life of this unique leader – the film’s London premier was on the very day of Mandela’s death. 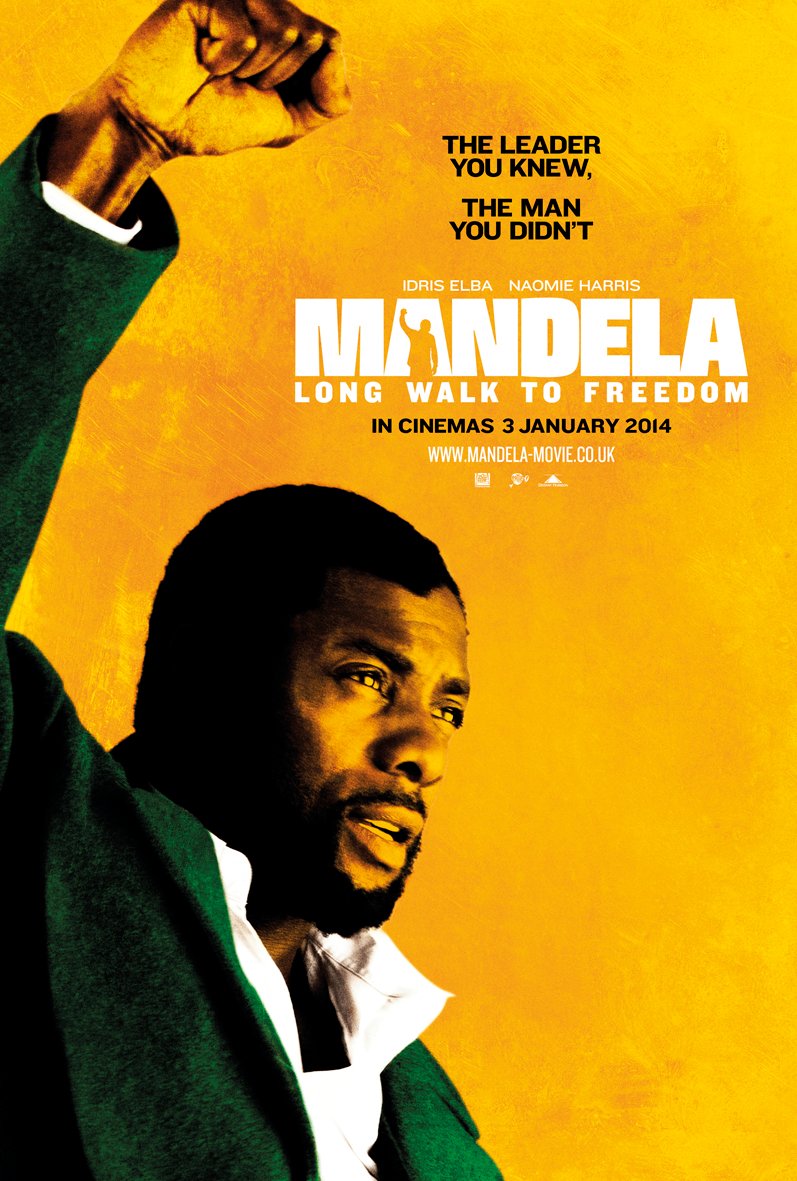 Despite the subject matter, this film is another triumph for UK talent. Its director (Justin Chadwick), writer (William Nicholson) and stars (Idris Elba and Naomie Melanie Harris as Nelson and Winnie) are all British. The film is based on Mandela’s autobiography – and his life certainly has enough drama to compete with any Hollywood script.

But is the movie the tribute such a great man deserves? Or is it impossible to capture his epic story in a mere 2 1/4 hours? Come along and find out.

We’re returning to The Tricycle in Kilburn, where the film starts at 7pm.
http://www.tricycle.co.uk/current-programme-pages/cinema-program/cinema/mandela-long-walk-to-freedom/

We’ll meet at 6:30 in the Tricycle Bar, which also does light food.

As usual, we have a reserved block of seats so if you book by phone (020 7328 1000) or at the box-office, mention the Film Club if you want to sit with the rest of us (you don’t have to!) Unfortunately you can’t book a seat in that block online – but the film is unlikely to sell out so you should be able to just turn up on the day.

As usual, follow @NxNW6 and we’ll let you know if it’s filling up. If you can, drop us a tweet to let us know you’re coming. Hopefully everyone will have recovered enough to go for a drink and discussion after the film.