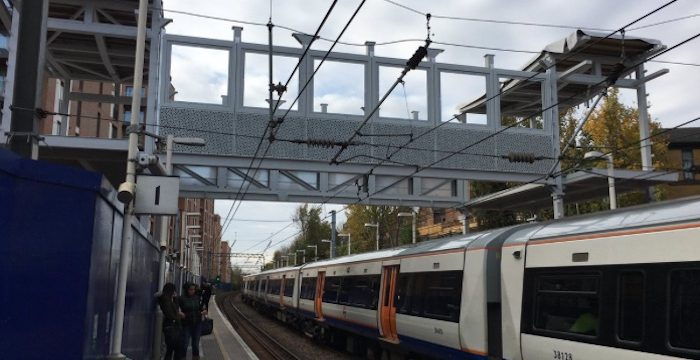 A new farmer’s market opened up in the O2 carpark. It was a soft opening this week, but some nice stalls and the weather was good.

Sticking to the food theme, Deliveroo opened up a new kitchen in the area, more delivery choices, but at what cost?

There will be a mum’s march, supported by local Emma Thompson, this coming Saturday 25th at 10:30 for Nazanin. Meeting point is West End Green with a short speech, refreshments and writing Christmas letter for her. Then off for the march. 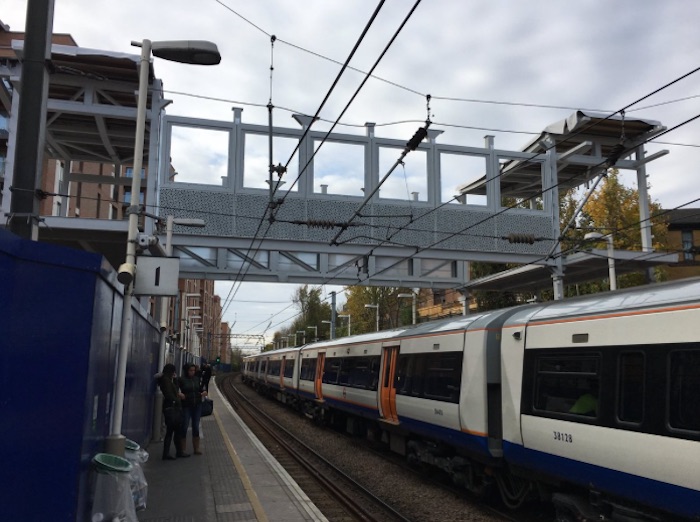 Is this a bridge I see before me? Well, the beginnings of one at least. Seen at West Hampstead Overground.

It was Children in Need on last Friday, they raised (ahem) ‘a bit’ of money. Hopefully more from the Katie Melua official single, which was recorded at Hoxa studio in … West Hampstead.

More locally, there was a ride and raise spinathon (six hours!) at Studio Society to raise money for mental health work for those affected by the Grenfell tragedy. Well done Claire, Ruth and all the cyclists for raising over £4,000.

And… West Hampstead was in the thick of Mitzvah day, the Jewish fundraising and action charity day. The Mayor was out helping to collection at little Waitrose and there was cooking at JW3, but too many multi-faith interdenominational cooks?

Among other charities they were raising money for CW4S, it’s the Mayor of Camden’s chosen charity which over the winter months operates a weekly shelter out of Emmanuel church (and other churches in Camden).

Crisis are looking for volunteers at Christmas, particularly for female volunteers at their Women’s residential centre in North London. (Ed – I volunteered at Crisis one year, it changed my attitude to the homeless).

Is West Hampstead becoming a dormitory town? This studio flat is for rent at £1,400 a month; two single beds but erm no living area.

This local was assaulted the other day when they asked a mini-cab driver to pick up some rubbish they had dropped. Did you witness anything?

Just over a month ’til Christmas… Cocao Bijoux are opening a pop-up shop.

Titan (he’s a missing cat) has been spotted down near Maygrove Road. Anyone living down there (MILAM we are looking at you) can you take a look?

….and another bit of good news on a Friday. Two of our most prolific moped criminals Rhys Calender and Tyrone Deane were sentenced to 3 years and 4 months each today at Southwark Crown Court for a number of moped-related thefts #OpAttrition