Tag Archive for: The Good Ship

You are here: Home / News / The Good Ship 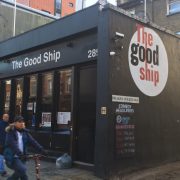 The late license of Kilburn’s popular music/comedy venue, The Good Ship, will be reviewed this Thursday. At the moment, it opens until 3am, but if the licensing committee rules follows the wishes of the police, it will be required to close at 2am – crucially with the last entry at midnight. 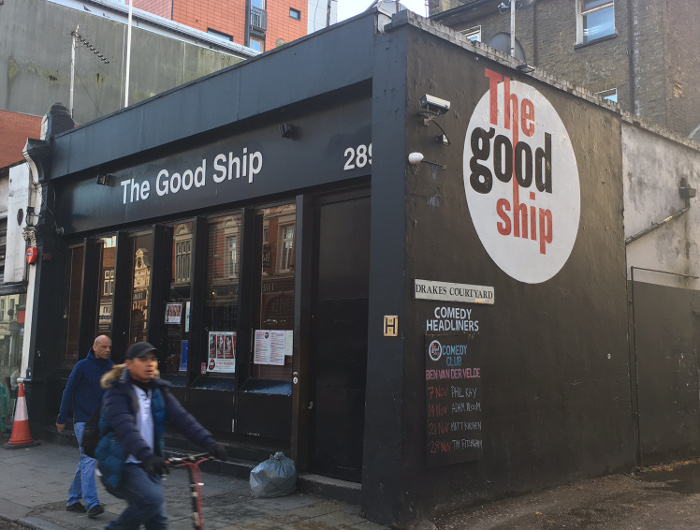 You could be barred from entry after midnight

Owner John McCooke says that a very significant percentage of the venue’s revenue is generated between midnight and 3am so the suggested measures would “effectively closes the venue at midnight, making the business unviable”.

If you don’t know The Good Ship, it’s a bar with a friendly stage that hosts an astounding number of bands, comedians, DJs, charity and community nights. Music ranges across all the genres from math rock to REM cover bands to jazz funk. It provides a valuable opportunity for new acts to get exposure and more established acts to practice new material – it’s pretty common to turn up for the comedy on a Monday night and see a household name added to the bill.

This decision is happening in the same month that a London night tsar has been appointed to champion late-night culture. Amy Lamé, who is the first person to fill the role, told the BBC ‘We need to stem the flow of those closures [of clubs and venues across London]. Long-time locals may remember the sad closure of Kilburn’s The Luminaire in 2010. This was a huge loss to the west London music scene, which began its inexorable march east.

There is inevitably some dispute about whether the Ship’s opening hours are contributing to antsocial behaviour. In the Kilburn Times, McCooke says reports of bad behaviour are exaggerated. My personal experience, and that of local friends, has always been that The Good Ship offers a fun night out and it’s certainly an important, vibrant contributor to London’s arts culture. How many more pubs and venues will be turned into coffee shops, bakeries and luxury flats? We wish John and team all the best of luck on Thursday.