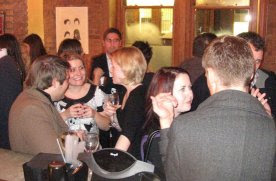 Anticipation for whampgather seemed to be building early Thursday evening as locals downed tools and began heading over to The Alice House on West End Lane.

As people piled in, both the volume of the chat and the temperature began to rise. 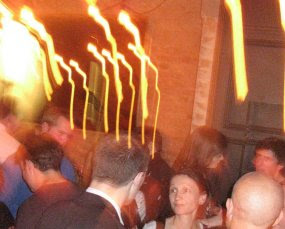 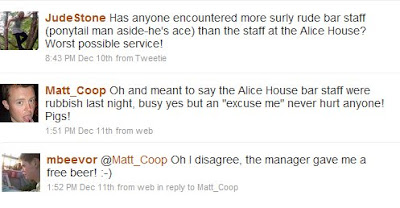 But one thing was for sure

As the waitress struggled valiantly to fight her way through the crowds with the tapas plates, The Wet Fish Café‘s André was the first to leave.

Tough call between the Prince of Darkness and #whampgather of course.

The evening wore on and friendships were formed – some seemingly closer than other (naming no names of course). No-one seemed to capture the entente cordiale between Lib Dem PPC @edfordham and Conservative deputy leader of the council @AndrewIMarshall, but I can vouch for the fact that they at least waved amicably at each other.
One whamper who couldn’t make it was @DJStoney. Lured away by the promise of DJing for quasi-royalty he nevertheless kept in touch throughout the night.

And clearly realised he’d made the wrong decision.

The Alice House had a 1am licence, so there was none of the embarrassing throwing out at 11.15. By midnight though, most of the 40+ revellers had wended their way home save for a hardcore group who stayed until the end before switching to the Lower Ground Bar.

The buzz the next day was unanimously positive – at least anyone who hadn’t liked it kept their mouth shut! The prize draw was carried out the next day with @NManville winning dinner for two at The Wet Fish Café (there’s no point trying to talk him in to taking you… he wouldn’t make it out of the house alive). 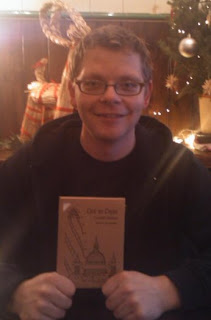 Huge thanks to everyone who came. I really hope you all enjoyed it and managed to meet some new people. Thanks also to @gitfinger, who took photos (including the two at the top) and helped out on the evening. The next #whampgather won’t be before mid/late February but there will be #whampreviews and #whamplunches before then so keep an eye out for details on those. 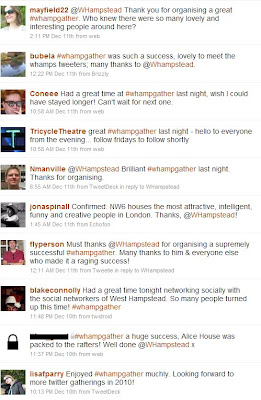