One of the lovely things about the whole #whamp world is that people actually meet up and do stuff. But it goes beyond the boundaries of West Hampstead, NW6, or even London… if you find yourself in a strange city in a foreign country, there’s always the possibility that some other #whampers might be there too. And before you know it you’ve got your very own Whampgather. People who’ve never met before end up going out for drinks in Sydney, Paris and now New York… I’ll let Sarah take up the story:

“October saw the inaugural ‘whampgathernyc’ take place in Manhattan. It was a sort of hybrid between ‘whampgather’ and ‘whampreview’: four ex pats from West Hampstead now living in New York City met up for dinner and to reminisce about our haunts back in the day.

Esther, Olivia, Tam and myself met at French restaurant Epistrophy in Mott Street. We were met by exceedingly grumpy service after one of us was late for dinner hence delaying our sitting (drama school student Tam made it up to us with a rendition of one of her show pieces on the night), however we refused to let this spoil our fun. Dining somewhat in reverse, we started with a delicious (and very large, such is the supersizing in these parts) plate of cheese before moving on to share main courses. 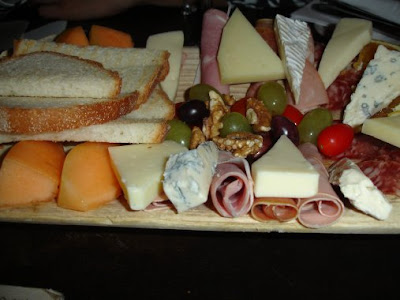 Over the food, we chatted about the glory days back in West Hampstead and tried to work out by which of the six degrees of separation from our mutual Twitter friend @WHampstead, who put us in touch in the US, we knew each other and friends back home.

The standout theme of the night was Esther and me trying to explain the appeal (or otherwise) of both the Lower Ground Bar and Lately to Olivia and Tam, who have yet to experience their pleasures. We didn’t go into too much detail at this point, agreeing that what happens in the Lower Ground Bar should stay in the Lower Ground Bar. We were also fairly hazy on our experiences in Lately, which pretty much sums us up every time we’ve been there. Overall we fondly remembered our favourite places: The Alice House, The Wet Fish Café and the sense of community in the area. 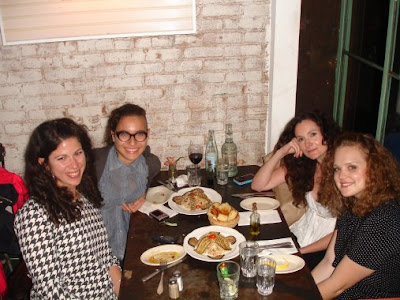 Our shared main course of a bizarre couscous salad with aubergine and tuna (even food critic Olivia had a hard job explaining that one) was a sharp reminder that we were no longer at home. At this point a La Brocca pasta plate would have hit the spot quite nicely. Not wishing to complain for fear of incurring the wrath of our French waiter, we moved swiftly to dessert. Or rather Tam did, as the rest of us were full from our cheese and are not required to do five hours dance practice a day, so we watched her savour a dreamy chocolate pudding. 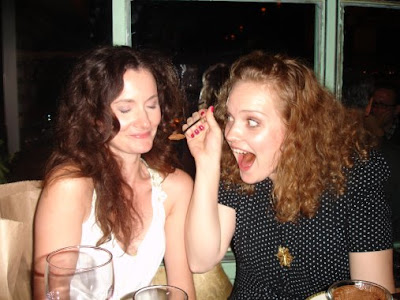 I remembered a tweet from @amyfallon before a recent NW6 whampgather “Can Twitter friends become real life mates? About to find out soon at my first #whampgather #thepowerofsocialmedia”. I think the answer is clear from our experience in New York City – in Olivia, Esther and Tam I have found friends to hang out with in Manhattan. With plans for more meetings already, the power of social media is clear.

Thanks to Jonathan for “hooking us up” as they say in the big US of A!!”

You’re very welcome Sarah! Follow more of Sarah’s stateside exploits on her blog. If anyone else has an overseas whampgather, do let me know!

What have I missed since October 31st? Tom ventures into Kilburn