It’s not been an easy process to jump through all the loopholes to move West Hampstead’s main post office into St James’ Church on Sherriff Road, but now it’s full steam ahead inside the cavernous building. West Hampstead Life went in to see how it’s shaping up.

The Sherriff Centre, as it will be known, will house not just the post office, but also a shop selling cards and stationery, a café, and a soft play area. And a church.

The post office itself takes up a relatively small part of the nave of the church, which is currently covered in rigging, tools and a makeshift kitchen for the builders. It will be a three-counter post office at the back of the church nearest the doors. Right now, the builders are installing a ramp for wheelchair access and the doors themselves will become glass sliding doors. 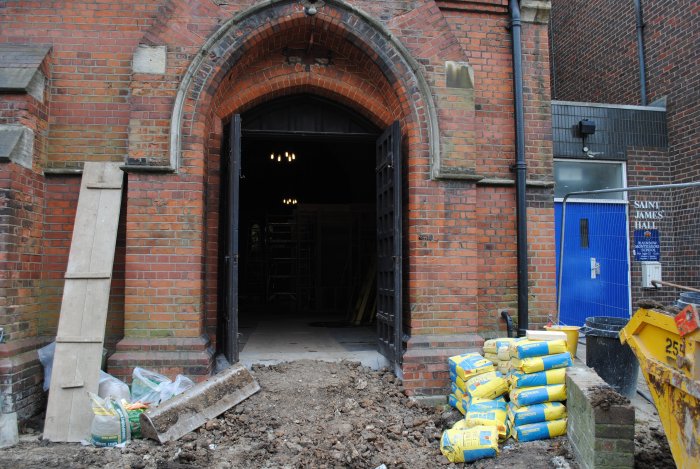 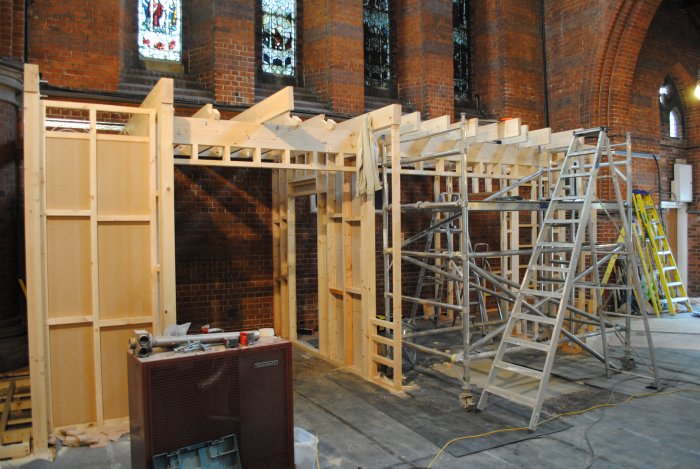 The south aisle is currently being laid for underfloor heating, but will be the café. 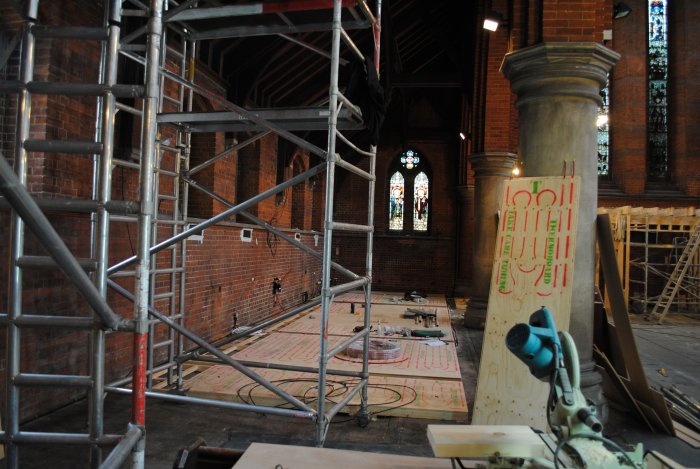 Underfloor heating being laid for the café in the south aisle

The north aisle, in a relatively new part of the scheme, will be an extensive soft play area called Hullabaloo. Parents will pay for their kids to have timed sessions inside and the plans sound impressive, with helter skelter slides and an upper floor lookout. One thing the interior of the church doesn’t lack is height! 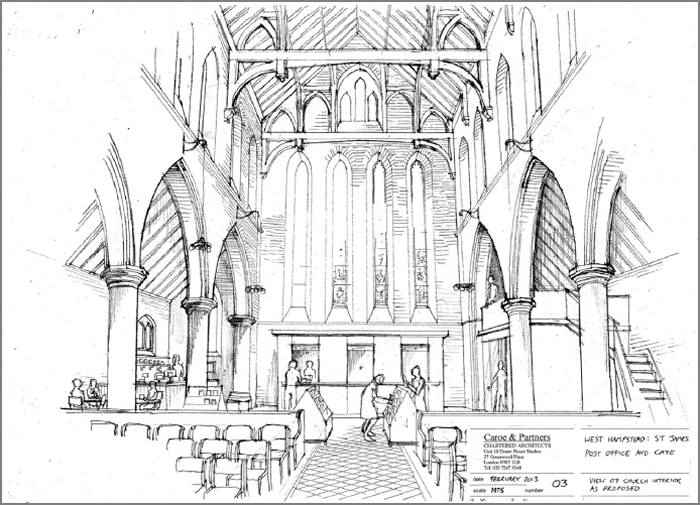 The middle of the nave will be where the shop is. Jane Edwards, Programme Manager of the Sherriff Centre, explains that they hope the whole space can be as flexible as possible with the potential for pop-up markets and one-off events. 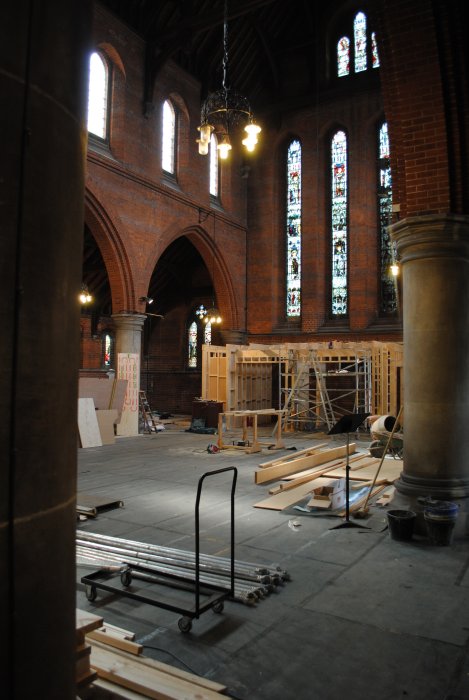 The pews for the congregation now go only a short distance back from the altar, and will be used only on Sundays. There is, however, the Lady Chapel, which will be soundproofed and available for private prayer when the building is open. 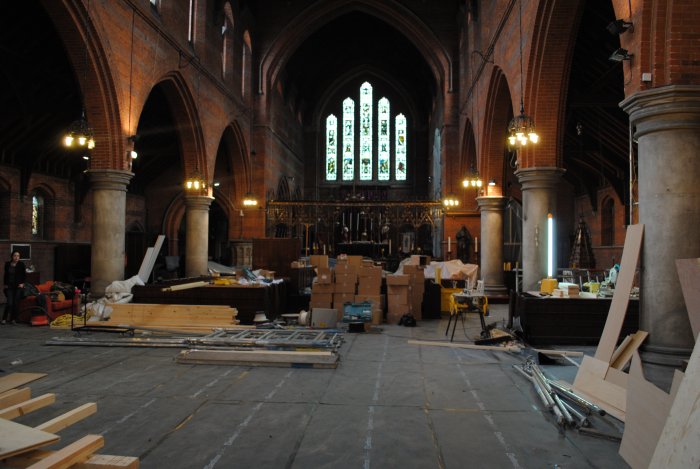 The most striking thing about the building this lunchtime was how cold it was. It will be an (expensive) challenge to heat it so that it’s comfortable to sit and have a coffee while the kids hurl themselves around in the play area. All four parts of the operation – post office, shop, café and play area – need to be profitable as the profits will be ploughed back into the charity that’s been set up to benefit from the idea. The charity will work on issues such as debt advice and family counselling, primarily via outreach rather than being based in the building.

The Sherriff Centre hopes to open in the summer. It was originally meant to have opened by now, but legal wranglings held it up at the end of 2013. Jane Edwards is understandably reluctant to put a fixed date on it but there is some pressure to get the post office operational as soon as possible so the owner of the existing post office on West End Lane can close. 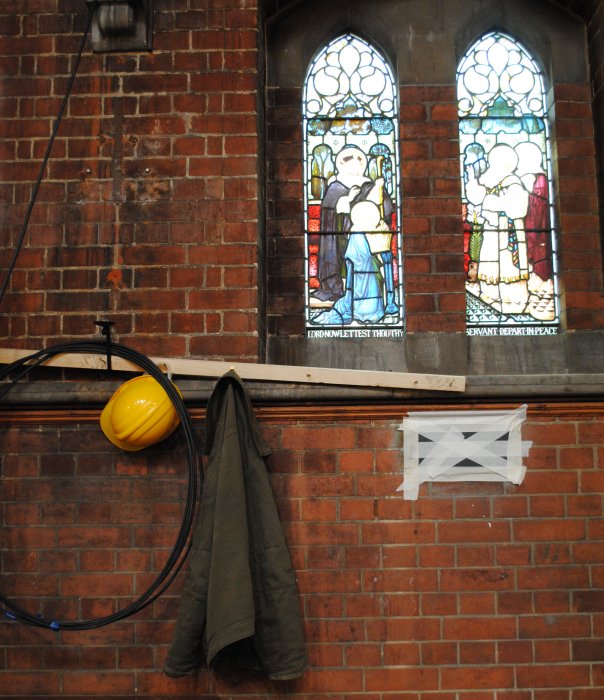