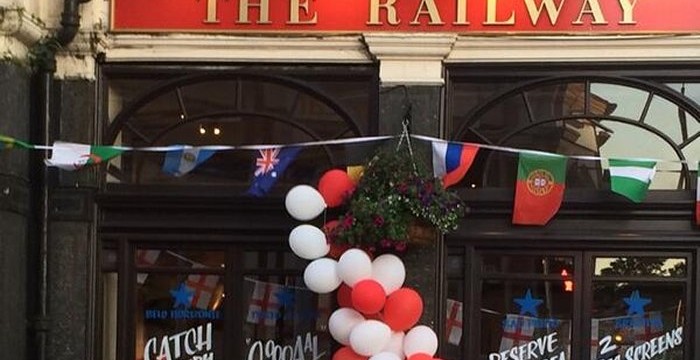 Sundays are going to get noisy for those of you living near the Overground station.

There’s more noise to come overnight for residents of Sumatra and Ravenshaw streets as Network Rail plans to spend this week clearing vegetation from the Thameslink embankments.

The Kilburn Festival, due to take place on July 13th, has been cancelled due to lack of funding from Brent council. 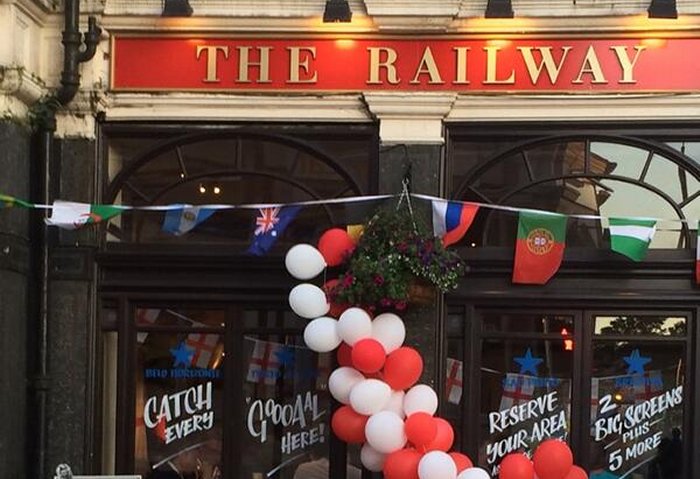 The Railway ready for action #whampfootie via @bubela

The Sabrina Moss murder trial began at the Old Bailey. Miss Moss was killed by gunmen while out in Kilburn on her birthday.

Camden has chosen Shard contractor Mace as the preferred developer of the Travis Perkins building. Pressure is building on ensuring it meets at least the minimum quota of affordable housing as it looks like the Liddell Road scheme will still fall woefully short.

Been affected by the Maygrove Road development? Here’s a photo of what they’re actually doing at the moment.

World Cup fever may have gripped the nation – but West Hampstead has its own astonishing football connections (and some moustaches to die for).

#whampsocial is back this Wednesday – unfortunately Mexico isn’t playin that night, but we do have Spain vs Chile… no news as to whether Mamacita will have a TV down in Frida’s, but maybe if we ask nicely…

Tom took in jazz and dinner at The Gallery. Was it “nice”?

The Huffington Post is following a group of young Hampstead & Kilburn first-time voters through to next year’s general election.

Work has started in earnest on converting the former Powers Bar on Kilburn High Road into Kilburn Ironworks (another bar).

The asking price for the cheapest flat in West Hampstead that we reported on in March has dropped by £40,000 (it’s still incredibly expensive per square foot).

Jonathan Simpson’s second term as Mayor of Camden came to an end. He raised £70,000 for the Amy Winehouse foundation over the year. He has been replaced by fellow Labour councillor Lazzaro Pietragnoli.

One Sixty is now opening Monday evenings – alongside all the local bars (except The Alice House) it’s showing all the World Cup games. JW3 is also showing football and tennis from June 18th-24th on its outdoor screen.

Beware of bogus callers in the area – a woman was robbed of £45 in Belsize Road after letting someone in posing as a water board official (bear in mind there’s no such thing as the water board).

Belle, set and filmed at Kenwood House, is Film of the Week. All the new releases, Mark’s Must See Movies, and full local listings here.

Local resident Phyllida Law was awarded an OBE in the birthday honours list for services to drama and charitable services.