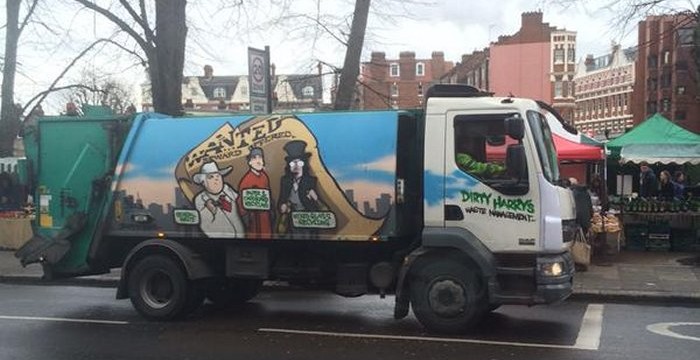 A fire on the 10th floor of Snowman House was swiftly brought under control, with only one person treated at the scene despite more than a hundred people being evacuated. The fire was caused by a tealight!

1980s’ popstar Steve Strange, who died this week, got his stage name from a West Hampstead postman.

The man arrested in last week’s police swoop on Mill Lane was sent back to jail – he was out on licence. 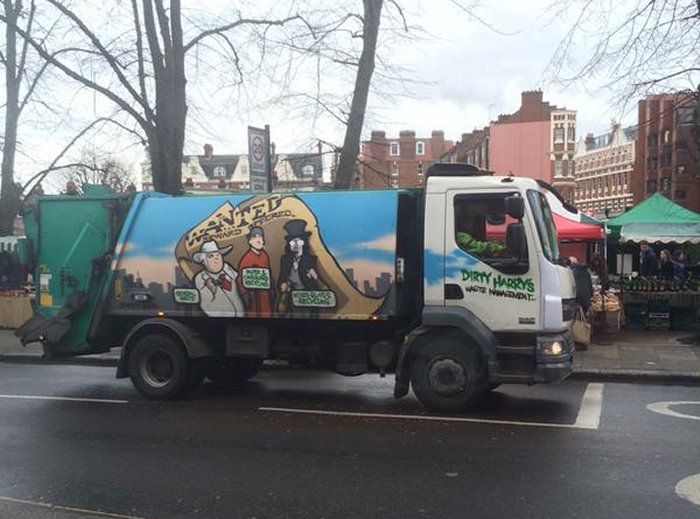 Even the rubbish trucks are snazzy around @WHampstead via @MillLaneNW6

The new Overground station design has divided opinion. We’re conducting a poll on the Forum to find out what locals think.

Culture Hub picks this week include a play at the Tricycle (WIN tickets here), a film screening with Emma Thompson Q&A, a top-notch stand-up and not a single shade of grey.

Property News looked at how West Hampstead renters expect a lot for their money these days.

The farmers’ market is seeking planning permission for its large banner. Footfall is down by a third since 2012 and it believes the extra signage is essential. .

The eyesore corner of Finchley Road and West End Lane may finally be developed as flats over a restaurant.

Whampdinner at Mamako was a big hit – one of our buzziest yet… and there’ll be a video of it very soon!

Minkies coffee shop at Kilburn Station has been “opening soon” for longer than most of us have been alive, but the moment of truth looks like it’s upon us.

Overheard in West Hampstead: upon returning from a walk, a resident instructs her poodle, Francis, to "open the door properly".

What have I missed since February 16th?