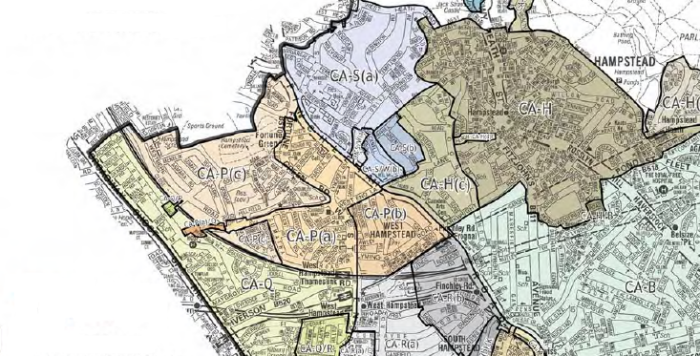 The Fordwych Residents Association (FRA) has been calling for road safety improvements in our area for a number of years. Residents have raised a number of issues, and we’ve requested that Camden Council take action to:

One of things we’ve been told by the council is that money is tight and they may not be able to afford to act on our suggestions.

However, it’s been pointed out that the council receives large sums from the sale of parking permits. The money raised by the sale of permits is meant to be ring-fenced for transport and road safety spending.

The FRA thought it would be interesting to find out how much is raised in the zones in our area: CA-P (Kilburn) & CA-Q (Fortune Green).

We asked for the figures since the permit scheme was introduced (around ten years ago) – but were told the figures were only available from 2010/11. The figures include funds raised from the sale of all permits – residents, visitor, e-visitor, parking permission, business & doctors.

These seem like significant sums to us. We also asked for a breakdown of how the money has been spent in our area. Unfortunately, we weren’t given this information – but instead were directed to the council’s annual parking reports, which can be seen here.

Although the reports give some useful information, there is no breakdown of how the money is spent. We think the council could be a lot more open and transparent about what these funds are used for so that those paying for the various charges and permits can see where their money is going.