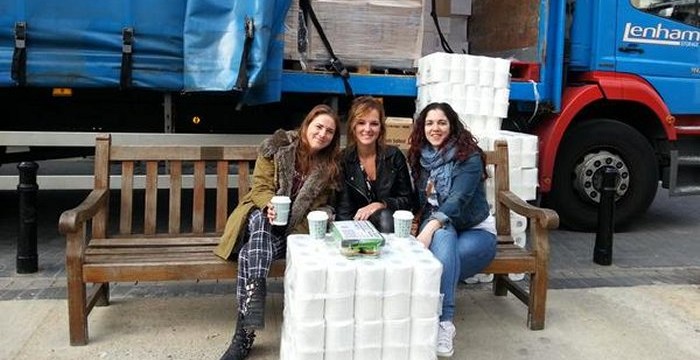 The existing Liddell Road businesses have been given until the end of the month to quit the site before building work starts on the school/flats/commercial space.

WHL reviewed The Petite Corée – we agreed with everyone else!

Local marathon runners gritted their teeth on Sunday. Did anyone local best Mark Townsend’s 2h59? No doubt at all that no-one has run more marathons over the past year than Robert Young. 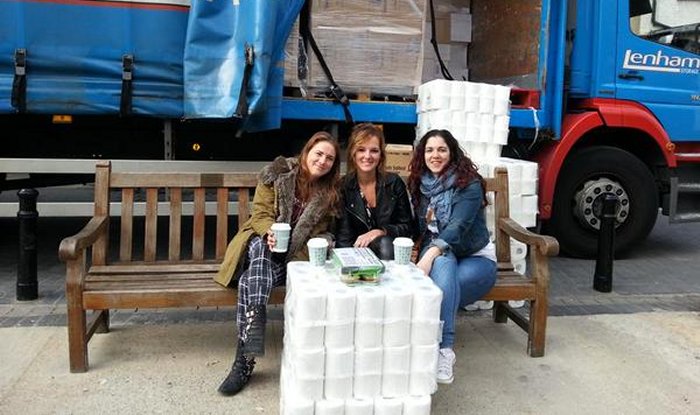 “Only in @WHampstead! Another use for toilet rolls: Impromptu coffee table, much to surprise of Waitrose delivery men!” via Nicolette Molnar

Got a great idea for a local public space? Enter this competition and win £300 to help make it happen.

The application for the Farmers’ Market banner has been withdrawn.

There was a good turnout for the midweek NW6 Film Club screening of Force Majeure at The Tricycle.

Next Sunday, as part of the club’s 150th anniversary celebrations, former England captain Andrew Strauss will be at Hampstead Cricket Club unveiling a statue in honour of a a player who scored an incredible 485 runs… back in 1886. Excitement starts at noon (there’s music, and even a cricket match at 1pm).

The closure of Mamacita has led to a temporary pause in Whampsocial; but fear not… plans are afoot for a new look whampsocial starting early May. Watch this space.

Matchbox Theatre is our Culture Hub pick of the week, see what else made the cut.