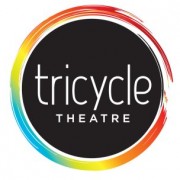 The Tricycle, Kilburn’s highly regarded theatre and cinema, has found itself embroiled in controversy this evening after announcing that it will no longer be part of the UK Jewish Film Festival.

The cinema was due to screen films at the festival, which takes place in November.

In a statement, the artistic director of the theatre, Indhu Rubasingham said

The Tricycle has always welcomed the Festival and wants it to go ahead. We have proudly hosted the UK Jewish Film Festival for many years. However, given the situation in Israel and Gaza, we do not believe that the festival should accept funding from any party to the current conflict. For that reason, we asked the UK Jewish Film Festival to reconsider its sponsorship by the Israeli Embassy. We also offered to replace that funding with money from our own resources. The Tricycle serves many communities and celebrates different cultures and through difficult, emotional times must aim for a place of political neutrality.

We regret that, following discussions, the chair of the UKJFF told us that he wished to withdraw the festival from the Tricycle.

To be clear, at this moment, the Tricycle would not accept sponsorship from any government agency involved in the conflict. We hope to find a way to work with the UK Jewish Film Festival to allow the festival to go ahead at the Tricycle as it has done so successfully for the past 8 years.

The theatre has, unsurprisingly given the strength of feeling on this emotive topic, come in for a fair amount of criticism for its decision, with many pointing out that other festivals it holds receive funding from governments that some people would consider parties to conflicts. The statement above does specify that it is the specific conflict in Gaza that it is objecting to, but that will be of little comfort to those who feel its actions are politicising the arts.

The Tricycle Theatre have shown themselves unwilling to work with what is clearly an apolitical cultural festival is tremendously disappointing. They have chosen a boycott over meaningful engagement – to the great detriment of this celebration of Jewish culture, which is of course intrinsically connected to the state of Israel.

We pride ourselves on showing a diverse programme of films, which present a comprehensive view of international Jewish life and Israeli films are of course an important part of that.

We have always sought to convey a wide perspective on the conflicts in the Middle East and initiate open dialogue with our audiences and guest speakers; and the Israeli Embassy have always supported us in this. The Tricycle have refused to take this into account in their decision.

On social media, accusations have also come of anti-Semitism from some critics, which given the Tricycle’s long-standing association with the festival seems a spurious argument, but there’s no doubt that the decision will rankle for a long time within the Jewish community.

Today should have been a day for celebration for the Tricycle as its Youth Theare project The Kilburn Passion returns to the stage.