Last Thursday’s whampgather went down a storm. Around 50 guys and girls turned up to The Gardens bar over the course of the evening.

For the first time, we went all exclusive with private room hire. It seemed to work well and much mingling ensued as @DJStoney kept the music flowing. A large screen showed live music requests tweeted by partygoers (as well as by @gitfinger remotely from his own birthday dinner – poor Mrs Gitfinger). There was no question that @ghostontoast was the #whamptunes queen, bombarding DJ Stoney with requests, which he kept up with brilliantly. 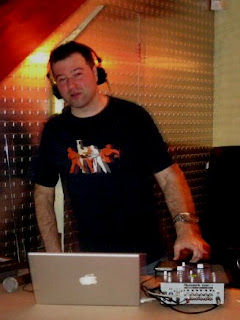 The raffles for “Local prizes for local people” raised just shy of £50 for The Winch, which was fantastic. Suspiciously, previous whampgather prize winners @blakeconnolly and @gelle took home prizes from Bake-a-boo and Walnut respectively. @mbeevor walked away with the £30 voucher from West End Lane Books and @gitfinger even got a birthday prize of £20 from Social. Liina from @ghostontoast’s group took The Wet Fish Café prize (just proving that you don’t have to be on Twitter to benefit from whampgather!). 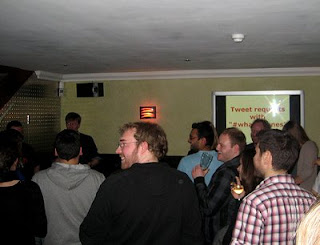 Festivities wound up just after midnight, and once again a few hardy souls ventured into the murky world of the Lower Ground Bar.
Huge thank you to everyone who came; to Zoe, André, Jake, Danny and Aidan for the prizes; to Jane for moral and practical support in the run-up to the event, and of course to Mark for his outstanding DJing.

There won’t be another full #whampgather until the summer, but look out for more #whampreviews, #whamplunches and a surprise or two between now and then.

Thanks to @gitfinger and @gelle for the pics