It’s common knowledge that The Beatles auditioned at Decca studios on Broadhurst Gardens, now the English National Opera premises. The New Years Day (1962) session didn’t go as well as manager Brian Epstein hoped and resulted in the now infamous rejection: “The Beatles have no future in show business”.

Also fairly well known is that The Railway pub on the corner of Broadhurst Gardens and West End Lane had an upstairs function room that played host to big name acts including the Rolling Stones and London’s adopted guitar hero Jimi Hendrix. During this time it was called the Klooks Kleek and was a key component of the capital’s burgeoning blues scene. Supergroup Cream even recorded its first live album there. Along with Mick, Eric and Jimi, luminaries such as John Mayall and Georgie Fame graced the stage at Klooks – or would have done if there had actually been a stage. This article from Down the Lane tells the whole story.

Klooks was like an old Victorian drawing room, some 20 metres square and unlike other venues had no stage at all. The floor was carpeted, the walls curtained in red velvet and covered in flock wallpaper, all making for very good acoustics. There were no mixing desks, lighting rigs, sound/ lighting engineers or even sound checks, the bands just tuned up and played. It was a bit like a gig in your own front room

What I did not know until this morning was that even in the 1970s and 80s the venue was still pulling in big names. In 1979, an up-and-coming rock group played The Moonlight – as it had been renamed. It appears to be the first time Paul, Dave, Larry and Adam had gigged outside Ireland. The U2gigs site contains this short review of the set from an Adam Symons.

U2 were very intense and Bono was mesmerising. The small hot club with its low ceiling was claustrophobic in a good way, if that is possible. Their short set left a great impression on me…”

The Moonlight was also on the small circuit of London clubs that hosted the occasional southern forays by the new wave of Manchester bands. The Dark Circle Room blog has some of the recordings from Joy Division’s Factory by Moonlight gigs (note the spelling mistake in the sleeve notes of the live album).

Here’s a faster loading set list, photos of the entrance as it looks now, and an extract from the NME about the impending refurb of the club.

Of course West Hampstead has other musical claims to fame. Artists as diverse as Dusty Springfield and Slash were both born here; and that Decca audition might have put the Fab Four off NW6 but it didn’t stop them from recording some of their most influential material just down the road by the world’s most famous zebra crossing. 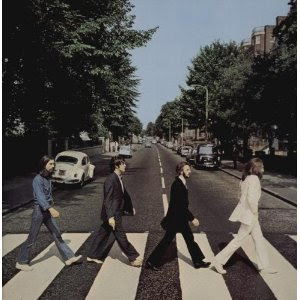 Live music can still be found from time to time along West End Lane: at the Lower Ground Bar, The Wet Fish Café, Pizza Express, even – once in a while – at The Railway itself. But local music fans have to trot down to Kilburn venues such as The Luminaire, The Good Ship or Powers, or hold out for the OxjamKilburn festival for their fix of anything redolent of the days when Keith Richards riffed through the clouds of his own cigarette smoke at Klooks Kleek.