While you were waiting for your deliveries from Amazon and kissing your colleague on the photocopier, what was happening in West Hampstead?

It was another quiet week, dominated of course by snow.
The closure of Brent Cross was big news on Twitter – it was even briefly a global trending topic. Otherwise there was the usual combination of photos of snowmen and complaints about the lack of grit. If you’ve got something to say about how the local area has coped with the sudden snowfall, add your comments on the blog.

If you’re looking for some seasonal entertainment, read my review of The Nutcracker at Pentameters Theatre.

Remember, the saga of the disappearing Kilburn Christmas tree? Well, its final resting place has been revealed – it hasn’t moved far – just to the permanent market on the High Road next to Argos.
Away from seasonal excitement, there are changes afoot to the way Camden consults locals on planning applications. Read more here and here.

Read the report of the Kilburn area action group meeting.
What’s new?
LoveFood on West End Lane finally IS on Twitter @WeAllLoveFood (although hasn’t tweeted yet)
The idiosyncratic Penguin boutique is becoming a hairdresser

Only two weeks until New Year’s Eve. Where are you going to be?

The snow of course means that there’s a photo of the week as well as Tweet of the Week. Photo of the week is this from @Lady_Pennyworth who sadly may not be a West Hampstead resident for much longer. There were many snowmen, but this was one of the cutest. 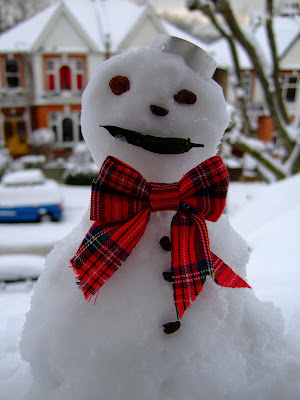 Now, Tweet of the Week, which does in fact include a photo (confusingly). 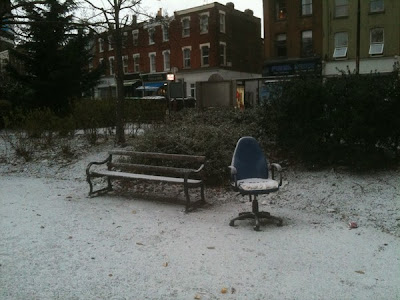 Baby it’s cold outside What have I missed since December 19th?