It’s still party conference season, but unseasonably warm weather has been the main national talking point this week. But what’s had tongues wagging in West Hampstead over the past seven days?

City Hall has said it will address Kilburn’s traffic problems.

West Hampstead had a double-page spread in Thursday’s Metro.

Camden is reviewing parking regulations in the borough.

Network Rail is running a photography competition for the new Thameslink station.

I know it’s too soon for Christmas, but if you want to help the West Hampstead Christmas market now’s the time to put your hand up.

Coming up:
There’s a public meeting to discuss next year’s Kilburn Festival at Kingsgate Community Centre on Oct 4 from 7pm.

KJTuition is hosting a free music class at Love Food on Oct 7th at 10am. Parents + kids 1-5yrs welcome.

Tweet of the Week
A tweet/photo combination this week 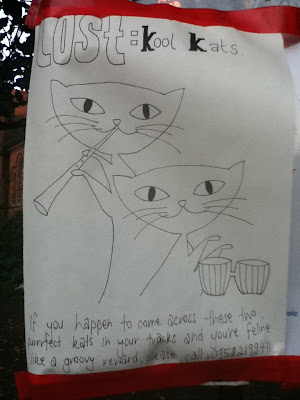