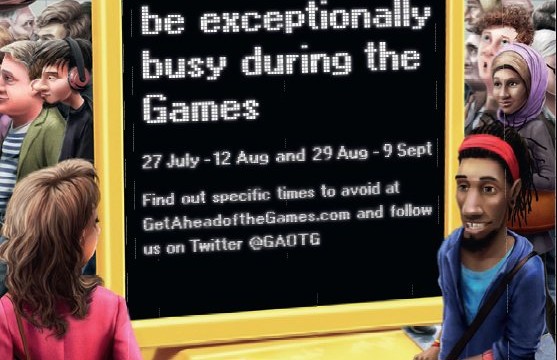 We’ve known for quite some time that TfL hasn’t deemed West Hampstead to be a hotspot during the Olympic Games, but will the narrow pavements of the interchange be able to cope with the increase in pedestrian traffic? After all:

What does it take to qualify as a hotspot? TfL’s Games Communication & Engagement Manager, Midge McCall, explained in an e-mail forwarded to local councillor Mike Katz back in June:

West Hampstead is a key interchange on the Jubilee and Overground and will be busier than usual, in particular on days when Wembley Stadium will be in use. However it is not considered to be busy enough to cause the type of queueing from 15 mins upward on a regular basis during the day on several days to be termed a hotspot station.

Councillors, the Safer Neighbourhoods Team, and many others including me have queried TfL’s assessment. The response has been consistent: yes, West Hampstead will be busier than normal during the Games but no, it won’t be so busy that it qualifies for “hotspot” status. 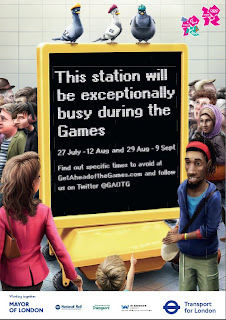 Finchley Road station is very much a hotspot station, as people come in fron the outer reaches of north-west London and the suburbs and change onto the Jubilee Line or travel to and from Wembley Stadium. Overcrowding on the platforms here seems inevitable, perhaps more than in the ticket hall. TfL recognises that this means some people (surely lots of locals) will walk up to West Hampstead to board the Jubilee there instead, where there will be a better chance of getting on a train. The full assessment of Finchley Road’s peak times is printed below.

TfL has modelled the impact of the Games on the transport network based on passenger numbers at this time of year in a normal year, and on the postcodes of ticket holders. This allows it to work out what routes people will take to which venues. Download the relevant presentation (which also shows predicted numbers of spectators per venue on peak days) here.

So far, so smart. However, it fails to take into account two factors: people don’t always behave rationally (either deliberately or not), and the West Hampstead interchange is a narrow congested area that does not allow the smooth passage between stations that one finds at Kings Cross or even London Bridge.

The result, I fear, is that at peak times, West Hampstead will become clogged with people changing trains, which in turn holds up traffic and generally impedes people from moving around.

Here’s TfL’s response to a query made by the local Lib Dem councillors:

The GetAheadoftheGames.com website highlights stations where it is predicted that demand for services during the Games will exceed available capacity if people do not change their regular travel behaviour…

…West Hampstead does not appear as a ‘hotspot’ because the additional travellers predicted to use the station during the Games is within the available capacity for both the station and the lines serving it. For example, on one of the busiest days of the Games, Friday 3 August, approximately 16 per cent more passengers are predicted to use West Hampstead station. Based on this prediction, London Underground expects to be able to manage with minimal customer impact. Further, if regular travellers do change their travel habits during the Games, the situation will be further improved.

However, it is important to remember that these are only our best predictions of where and when travel hotspots may arise. The travel situation in London will be different each day and may change throughout the day, as crowds travel to and from the different sporting and cultural events. Therefore, my advice to customers using West Hampstead station, and indeed any other part of the transport network, is to refer to www.GetAheadoftheGames.com to plan their Games-time journeys and to check before they travel in order to avoid disruption to their journey. TfL will also provide real-time information to assist Londoners and visitors with their travel at stations.

So, it seems that some disruption is inevitable, and there’s no doubt that West Hampstead will not suffer in the way that most zone 1 stations will.

BBC London’s travel correspondent Tom Edwards told me a while ago via Twitter that West Hampstead is not alone among areas that feel TfL has not built the local nuances of a given area into its model. I suspect we’ll find out within the first few days of the Games whether it’s made any mistakes – lets hope that if it has, there is also the flexibility built into its plans to make any necessary adjustments.

In the meantime, we will have to hope TfL’s prognosis is correct and that we don’t see repeats of the scenes we had when Luton Town played at Wembley recently and there was a dangerous crush around the Thameslink station that required police intervention.

Thankfully, while TfL remain unconvinced about the potential for overcrowding at West Hampstead, First Capital Connect seem to be taking more precautions. According to Cllr Risso-Gill, the rail operator has included West Hampstead Thameslink station in its Enhancement Plan. This means the station will be manned 24 hours a day and tensile barriers may be installed to manage any crowding.

Cllr Risso-Gill has also asked the council for additional signage on Iverson Road and West End Lane to give clear directions between the three stations and four entrances, particularly from the new Thameslink exit to the Jubilee Underground and the Overground stations. Sounds very sensible. Lets hope it happens in time.