As the Olympics edge nearer and the sun edges out from behind the grey clouds, what has been lighting up West Hampstead over the past week?

Bradley Wiggins rode to victory in the Tour de France and Kilburn became ignited with passion. Many articles referred to his Kilburn upbringing, but this one focused on it more than most. There are already twitter campaigns for a local road to be named after him.

I wrote a two-part Olympic travel guide. Part 1 on whether our local stations can take the strain; and part 2 as a general guide to getting around once the Games begin.

What sort of local architecture do residents love and loathe?

The planning application for the Camden eruv has been submitted.

Pita up West End Lane appears to have its lease up for sale.

Life expectancy around West Hampstead station is 81, but the detail doesn’t matter.

Dark Knight Rises is the local Film of the Week.

Sunday was the second Secret BBQ, and once again the weather played ball. Full write-up this week.

A woman was killed in a traffic accident on Kilburn High Road on Wednesday.

Camden approved plans for the new Liddell Road school (an extension of the existing Kingsgate School).

The Westbury, which closed a few weeks ago, will reopen as The Hudson, a NYC-style (themed?) bar

Photo of the Week
Both @misshkwilson and @Sam_Clicks snapped this little bit of vandalism, but @misshkwilson’s photo was more brazen and thus gets the nod. 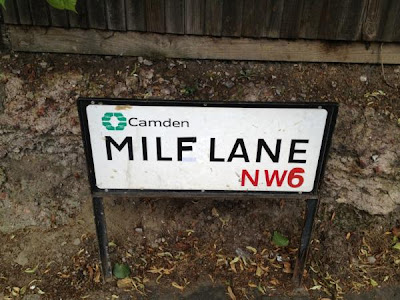