Olympics eh? As the world turns its attention to London, what would it see if it focused in on West Hampstead?

There was some confusion about the farmers’ market, after it was removed from the LFM page.

There’s been a spate of door-knockers from people claiming to be from utilities, followed by burglaries later that day. Be careful and ask for ID.

There was a break-in at Insight Opticians. Thieves took a rack of Tag Heuer glasses.

“Your bottom is not your enemy” – What did #whamper Fiona make of the Trinidad & Tobago Cultural village at the Tricycle?

The Bourne Legacy is NxNW6’s Film of the Week. Check out the full local listings.

Broadhurst Gardens is getting a stringed instruments shop/repair outfit where Senses café was.

Bojangles (the hair salon next to Brioche) has closed.

The original Café Bon (in the strip of shops where Peppercorns is) has also closed.

Photo of the Week
Jon Kelly – 2011’s Tweet of the Year winner – spotted this “diverse business portfolio” sign in Kilburn: 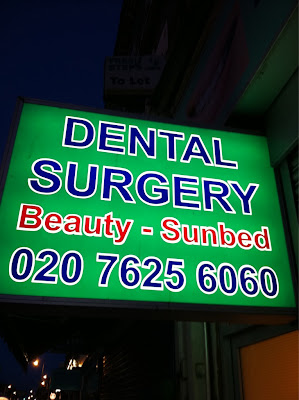