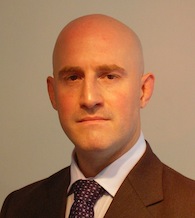 I received an e-mail yesterday from Hampstead ward councillor and Conservative PPC Simon Marcus about the closure of West Hampstead and Hampstead police stations. Simon, you’ll recall, when asked in an interview with the Ham & High about the area losing its police stations, said, “I think what people want is to see someone in that situation who is getting a result, and, as you know, what I’m trying to do in this difficult situation is get a result. People do not want empty promises and big ideals.”

Whether the difficult situation refers to the budget crisis facing central and local government, or the fact that it’s a Conservative mayor that’s driving through the cuts to emergency services wasn’t clear.

Simon continued, “What I’m fighting for is to replace those police stations with a base.”

In light of all this, here’s the mail I – and presumably many of you – received yesterday

I am writing a report to be sent to Mayor Boris Johnson in response to the proposed closures of Hampstead and West Hampstead Police Stations.

As part of this report I need evidence to show how important it is that a police base is retained on these sites.

Many residents have mentioned that they no longer report crime in some circumstances. This may be because local police stations are sometimes closed, or for other reasons. However it is really important to gather evidence in order to measure the extent of unreported crime and its nature as this problem could become even more serious if we loose [sic] a police base in the area.

I would be extremely grateful if you could fill out this quick survey. To open and complete the survey, click on the following link http://www.surveymonkey.com/s/BMDPRNC

It will take less than a minute or two and may help us keep a police presence in Hampstead!

It wasn’t obvious to me from this whether Simon wants to retain a police base in the existing station, or replace the stations with a base somewhere else. The answer, it turns out, lies somewhere between the two.

“I just don’t think we can save these police stations,” he said. “If the buildings are sold they must only go to a developer that will put in a smaller new police base on the sites at no cost to the taxpayer. In Hampstead, this could be a Safer Neighbourhoods base as well as a community centre. In West Hampstead, it might sit alongside a childcare centre.”

There is of course already a Safer Neighbourhood base in West Hampstead. Why that couldn’t be used as a (part time) front counter for the area remains unclear. Simon agreed that finding the simple solutions and taking them to City Hall was necessary. “We’ve got to go to them,” he said.

In the interim period between closing the police stations and these new developments opening up, which Simon admits could be a couple of years, he says that he’s already been discussing with Camden the possibility of using existing council premises to house temporary police counters.

In the meantime, he’s keen to gather evidence from locals on the levels of unreported crime to underpin the report he wants to deliver to Boris. He vehemently holds the line that his survey is not political and that he’s simply collecting the facts.

Simon’s going to face a conundrum, however. If the evidence shows that crime is under reported when there are police stations, that implies a) the presence of a front counter has nothing to do with crime reporting rates, or b) the front counter service is already inadequate. Yet having admitted that the closure of the stations is inevitable, this leaves Simon in a tricky spot.

There’s also a crucial question missing from the survey: “If you have reported crime in the past year how did you report it?”. Even if the survey shows that everyone is reporting all the crime, then unless we know how it’s being reported there’s not a lot we can do with that knowledge. If 100% of crime is reported via the telephone – to take the extreme scenario – then there’s very little need for any form of front counter. It doesn’t matter what percentage of people say they’ve been a victim of crime and reported it, it’s impossible to derive a meaningful implication for front counter service.

None of which should take away from the fact that it’s a good idea to collect some facts. I get the sense the closure in Hampstead is far more emotive than it is in West Hampstead. When the issue came up at last week’s Area Action Group there wasn’t as much grumbling as one might imagine – the fate of the police horses seemed to give more cause for concern (their destiny is yet to be decided). If the police station was an attractive listed building in the heart of West Hampstead, perhaps locals would have a different view.

20 mph limit: have your say Frothy coffee on Fortune Green?