It’s nearly time for the next instalment of NW6 Film Club, and this month’s offering is not only a great pick, but also one of the most eagerly awaited films of the year. 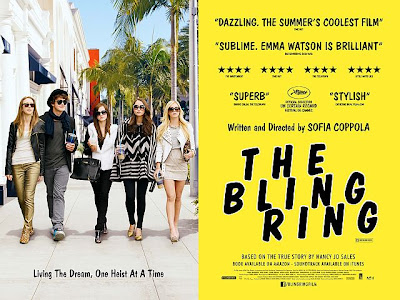 Sofia Coppola’s films have fallen into two distinct camps: either they focus on the reality of celebrity, especially its claustrophobic qualities (Lost in Translation, Somewhere), or they feature teenagers who are desperate and isolated from society (The Virgin Suicides). It could be argued that The Bling Ring contains elements from both strands.

The Film Club screening is at The Tricycle Cinema in Kilburn at 8pm on Sunday 14th July. We’ll meet in the bar at the Tricycle from 7.30pm. There’s no need to tell us you’re coming – though a tweet is always welcome.

You can book through the Tricycle Box Office on 020 7328 1000 – we will have a reserved block right in the centre of the cinema so mention “NW6 Film Club” if you want to sit with us (or don’t if you don’t!). It’s unlikely to be booked out so feel free to come along on the night as well.

The film is 90 minutes long, so there should be time for a good post-movie discussion. As always, follow @NxNW6 for updates on Twitter (or the #nw6filmclub hashtag), and hopefully we will see you on Sunday 14th.

What have I missed since July 1st? £5,200 a week to keep West End Lane offices empty