When it opened back in April 2011, we all thought that it was a brave choice of name.

There were a few sniggers.

The intellectuals pointed out that it meant “papaya leaf” but that didn’t stop the comments.

Still, it’s not the food that’s led US tabloidy list site Buzzfeed to put West Hampstead’s modern Vietnamese restaurant on its catchily titled list of 32 restaurants that might want to reconsider their names.

Not for a second do I think all of these are “unfortunate accidents”, I suspect some are very deliberate publicity stunts or simply restaurant owners with a sense of humour. As for Tequila Mockingbird – well that’s just inspired. Tumblr site Pu Pu Hot has many many more examples of such naming gaffes/achievements.

Frankly, Ladudu (or Ládudu as it should be written), comes off pretty mildly compared to some of the other names on this list with “It’s OK, you can allow your 4-year-old self to laugh”. 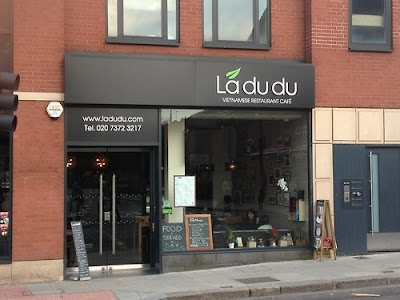 Property of the Month: August Whampbooks is Five – August 29th