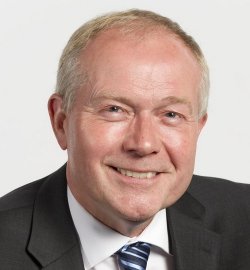 Every few months, each ward in Camden holds the sexily-titled “Area Action Group”. It’s hard to imagine a less-suitable title. I think we should borrow from the Americans here and use the more appealing “Town Hall meeting” idea… but I digress.

The AAGs are a chance to catch up on the latest issues in the area. Next week, this includes the rubbish/fly-tipping problem that you’re all so worked up about. Gary Borg – one of Camden’s street environment officers – will be present.

The evenings are hosted by the local councillors but they are explicitly not allowed to be party political (although that doesn’t stop one or two of the more boistrous councillors from making a few choice comments from the safety of the audience from time to time). They often invite officials from other public bodies to come and be interrogated by feisty residents. Turnout varies, but 80 people would be a rough average.

Don’t dismiss these meetings as not for you, at least not without coming to one first. They can be quite revealing and offer a chance to ask questions that often otherwise aren’t asked. I’m not going to pretend they are a laugh-a-minute and, as regular readers of this website, you are already up to speed with much of what’s going on locally.

But… but, my friends…

Once in a while it does no harm to see who the people are who represent you locally; and it does no harm to see the residents who are most vocal in such meetings and whether or not they broadly articulate your views. Then you can decide whether you’re in the Russell Brand or Robert Webb camp (I walked past Robert Webb on Tuesday night, he was heading to the tube station in quite a hurry – running late for his Hampstead Theatre production I wondered?).

I must also give credit to Keith Moffitt, the councillor who normally chairs the meetings. He does a good job of keeping the agenda moving along and not letting ranters get overly ranty (this can be a challenge).

West Hampstead and Fortune Green wards hold a combined meeting. The next one is on November 13th – the day before #whampgather (still sold out, sorry). They are held at the synagogue community hall on Dennington Park Road, just off West End Lane. Wear warm clothes.

7.30pm Start of meeting and introductions

Fly-tipping crackdown, but what about the bins?