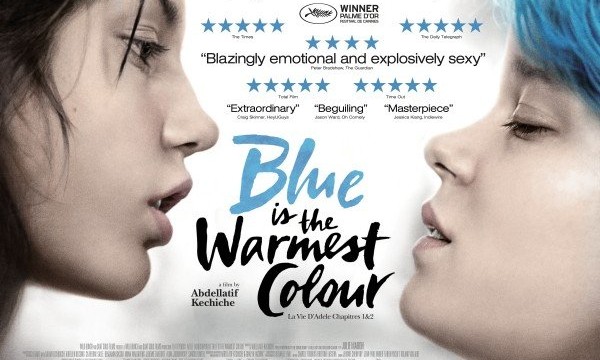 After a slightly extended break (sorry about that!), the film club returns with a special event: an epic romance that’s received rave reviews at a stunning new venue.

The film is Blue Is the Warmest Colour – the story of a passionate affair between two women based on a graphic novel. The film is controversial, both because of its explicit nature (one sex scene reportedly took 10 days to shoot) and because the author of the original novel disowned it as a straight person’s fantasy. Others have been much kinder. It won the Palme d’Or at Cannes and has been getting great reviews. It’s not often that The Guardian and The Daily Telegraph agree on something but both have given this film 5 stars.

It’s been called “an extraordinary, prolonged popping-candy explosion of pleasure” (Telegraph) and “a film of extraordinary richness and emotional complexity” (Independent). But what will NW6 make of it?

We’re seeing the movie at the neigbourhood’s latest addition to an already stellar collection of cinemas: JW3.

This new Jewish Community centre has a luxury 60 seat cinema that shows a wide variety of films. It also has a cafe/bar where we’ll gather after the film to discuss the movie and enjoy a drink or food.

The film is at 5.30pm on Sunday December 8th. It’s three hours long, so you definitely get your money’s worth – but as it should starting at 5.30 prompt there will be plenty of time to chat afterwards.

We’ll meet around 5pm in the cafe and we recommend you book your cinema ticket in advance as we’ve no idea how popular it will be. There’s a special event page here.

We’ll have a reserved block so, if you book by phone, mention the film club if you want to sit with the rest of us (you don’t have to!)