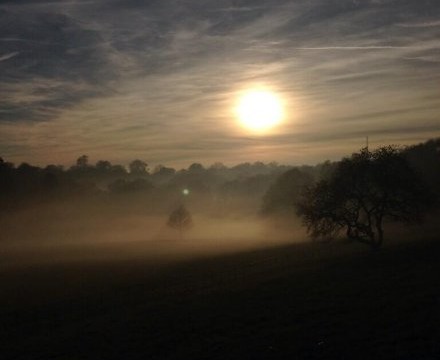 Ballymore announced, with minimal fanfare, that Marks & Spencer will be its anchor commercial tenant in West Hampstead Square.

In a Buzzfeed moment, we looked at The 12 Best Christmas Presents You Can Buy in West Hampstead.

Is the latest planning application for Gondar Gardens the final card to be played in this long-running game?

The West Hampstead Business Association had its launch event – but what is it, and why should local businesses join?

If you haven’t got your Christmas tree yet, here’s where you can pick one up: Mill Lane Garden Centre (where proceeds go to a good cause), Homebase, outside Waitrose, Achillea Flowers, Kilburn High Road, and Swiss Cottage farmers’ market.

There are still a few chances to get your Christmas carol fix.

Thursday evening is my annual #whampxmasdrinks – the office party for locals. Starts 7.30pm at The Black Lion on West End Lane. Just turn up – we’ll be on the left as you walk in.

Camden responded to criticism over the Liddell Road redevelopment scheme, but has the council done enough to prove that this scheme is going to create jobs overall? The local councillors have requested to call in the decision.

Fortune Green has started to attract wildlife, of a somewhat static kind.

The King of Kilburn met the Queen of the United Kingdom as Bradley Wiggins received his knighthood at the palace.

Scroll down to #15 for a Christmas blast from the past from Kingsgate School.

Lupa suddenly got renamed “Pizza Amante”. They still say Lupa when you ring up though.

If you bought biscotti at the Christmas Market a couple of weeks ago, you helped Emma Niemis raise £85 towards her target for volunteeting in Ecuador next summer. Contact her if you want to know more.

The Hobbit: The Desolation of Smaug is @NxNW6‘s Film of the Week. Full local listings here.

A new café appears to be opening on Fortune Green Road (which the owners seem to mistakenly think is in Hampstead).

The West Hampstead fire brigade joined in the London-wide strike on Friday evening.

The Clifton pub in St John’s Wood, and the Old White Bear in Hampstead have both been sold and are expected to be converted into private houses.

Remember the Guinness ad with the guy waiting for the tide so he could surf? I’m waiting for the C11 bus. It’s kinda the same. But more shit
— Matthew Darcy (@matthewdarcy7) December 9, 2013

Gondar Gardens: The beginning of the end?