South Hampstead High School has been operating out of temporary classrooms within the cricket club grounds for the past year. The school, which owns the cricket club land, has been renovating its Maresfield Gardens site, and had hoped to move back in for the start of the 2014/15 academic year in September. 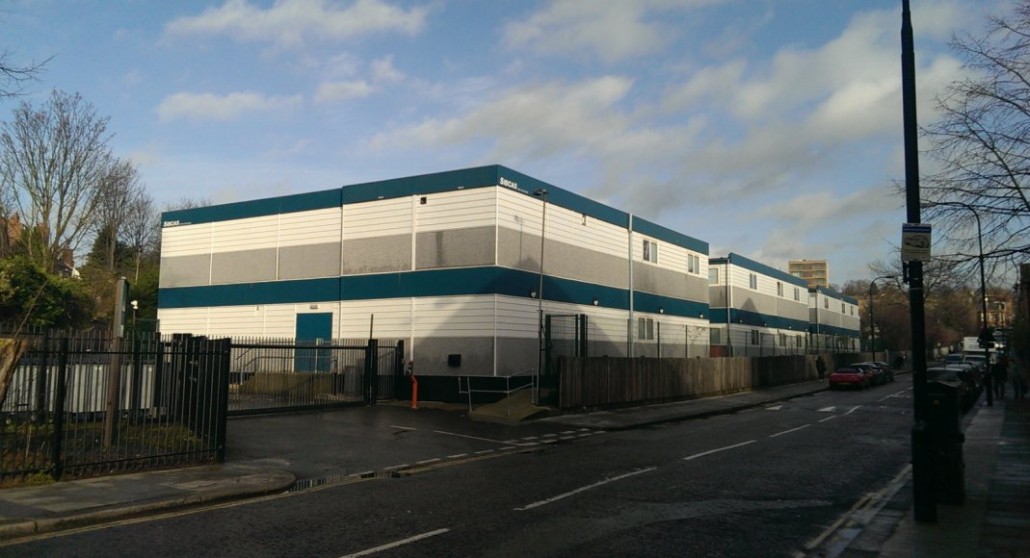 However, according to a new planning application, the Maresfield site won’t be ready in time. The school therefore is applying for an extension:

During the construction phase at Maresfield Gardens some delays have been incurred, which could not have been foreseen when temporary planning permission was applied for. These include unchartered obstructions in the ground, which delayed the construction of the basement and delays in obtaining necessary approvals from service providers.

Whilst the GDST’s contractors, Wates, have been doing all they can to minimise any impact on the timetable, due to these unforeseen delays it is now not possible for the school to return to the Maresfield Gardens site for the start of the 2014/15 year in September 2014 as hoped. However, it is anticipated that the new school will be ready to locate back to Maresfield for the start of the spring term, 2015 and will have fully vacated the site by 1 March 2015, six months after the extant temporary
planning permission expires.

It’s inconceivable that this won’t be granted. Despite the initial concerns of some Lymington Road residents, the temporary school hasn’t had much of a negative impact on traffic. Yes, there have been odd reports of some creative parking, but it hasn’t been carmageddon as some had feared. It does mean that those residents who look out onto the cricket club grounds will have to wait a bit longer for their view to be reinstated.

The planning application can be viewed here.