At very short notice, Maygrove Road is to be partially closed for three months from Thursday. A lot of people are unhappy about the communication process.

Tonight, there’s a big public meeting to discuss the final draft of the Neighbourhood Development Plan before it disappears into the Camden consultation process. This is your last major chance to have a say before the referendum.

A lorry repeatedly hit a corner of 156 West End Lane (aka the Travis Perkins building) on Wednesday causing some damage. 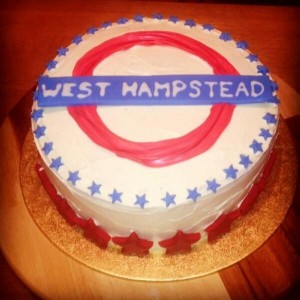 Edward de Mesquita apologised for not being media savvy, but the rumour on Sunday night is that he’s now stood down as a council candidate for the Conservatives.

If you remember the mugging on Aberdare Gardens recently (and possibly related incidents), the men believed to be responsible are in custody.

The West Hampstead gym guide has been updated for 2014. Find all the info on where’s good, how much membership is, and where the best towels are!

Camden rejected the Lib Dem request to reconsider the Liddell Road decision from before Christmas regarding the removal of the businesses there to make way for a school, flats and office space.

In a sudden intense spell of bad weather on Saturday, half the tube station sign came down.

Whampreview went to Zest at JW3 – but what did we think?

The NWC Club (formerly Legacy) at Swiss Cottage has had its closing time cut to midnight, and capacity reduced to 250 after a string of problems and complaints.

The new Thameslink trains will be on display at West Hampstead on Feb 13th as part of a public roadshow.

Inside Llewyn Davis is the Film of the Week. New releases and full local listings here.

Good news for fans of the Clifton in St John’s Wood. It was apparently sold to a Malaysian lawyer for £3.2 (£400k over the asking price), but he’s believed to plan to let it as a “going concern”.

The much maligned Tesco on Fortune Green Road is to be refitted from Feb 24th.

On Friday, an art exhibition celebrates the centenary of Kilburn Grange Park.

West Hampstead in the news
The Alice House featured in the Londonist “Top 10 gay first date venues“.
Is West Hampstead the next Marylebone High Street, or the first West End Lane?

Ham and High seem late to the "West Hampstead being a thing" thing. pic.twitter.com/MRWF0tCa5p

Tom gets romantic at The Arches