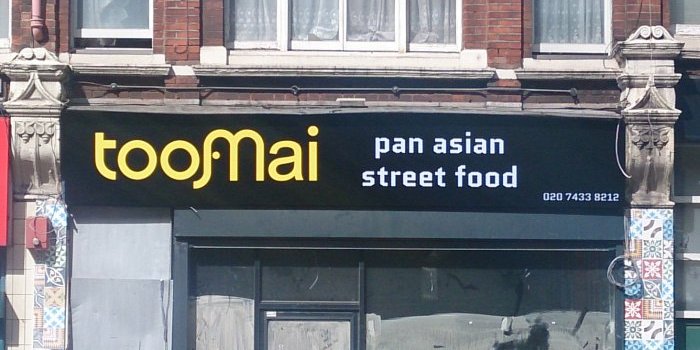 Tesco on West End Lane closed for the week for a refurb… yet this didn’t seem to improve the traffic situation as its lorries blocked Lymington Road instead.

A planning application is in for a 62-flat development by Kilburn Grange park.

The sign is up for West Hampstead’s newest restaurant. Toomai is due to open this week, but may well take a week more. 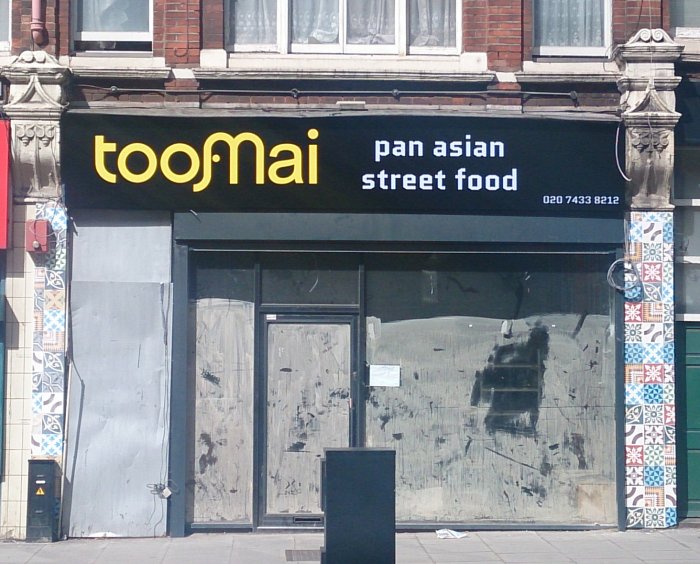 Toomai – the newest restaurant on West End Lane (via @WHampstead)

Rumour is that Brioche is set for a name change and that the final empty unit in the Sager building on Fortune Green Road is to become a bespoke kitchen shop.

The Jester Festival takes place on Fortune Green on July 5th/6th. If you’ve never been, it’s West Hampstead’s village fete, and always draws a big crowd. There’s live music, and The Penny Black Remedy is our Gig of the Week.

Sunday July 6th is also apparently Pizza Express’s last day in West Hampstead before its transformation into a Waitrose.

We’re halfway through Wimbledon, but did you know about West Hampstead’s former (real) tennis champion?

Chef is the Film of the Week. All the local listings here.