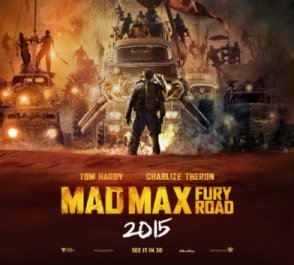 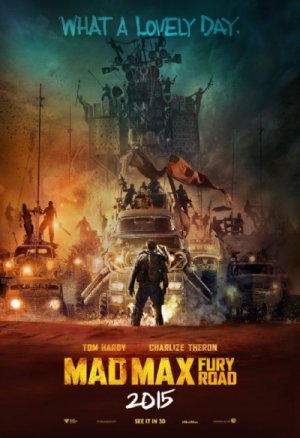 Thirty six years ago (yes really!) – Australian ex-doctor George Miller made his astonishing first feature, Mad Max.This low budget post apocalyptic cost less than half a million dollars to make but grossed more than 100 million – making it one of the most successful movies (dollar for
dollar) of all time.

Not surprisingly it spawned a couple of sequels, Mad Max 2 being one of those rare sequels general regarded as superior to the original.

What’s perhaps more surprising is the 30 year gap between the third installment and the fourth, Mad Max Fury Road, which is this month’s Film Club choice.

Mad Max 4 should provide quite a contrast to our recent more restrained Film Club movies. That said, for all its high octane action, this movie is getting plenty of critical support too – currently a massive 99% on Rotten Tomatoes. It’s even being attacked as being “feminist propaganda“!

More than filling Mel Gibson’s shoes is the always superb Tom Hardy – whilst Charlize Theron apparently is at least his equal.

To get the full sensory overload we’re going to see it at the Imax Odeon Swiss Cottage on Wednesday 20th May at 9pm.

Tickets aren’t cheap but you can get a discount with Meerkat Movies. By all means tweet/search using #nw6filmclub to pair up. It could well be busy so best book well in advance.

We’ll meet in the bar at 8.30pm and assemble there after for a drink if we’re still conscious.

What have I missed since May 11th?