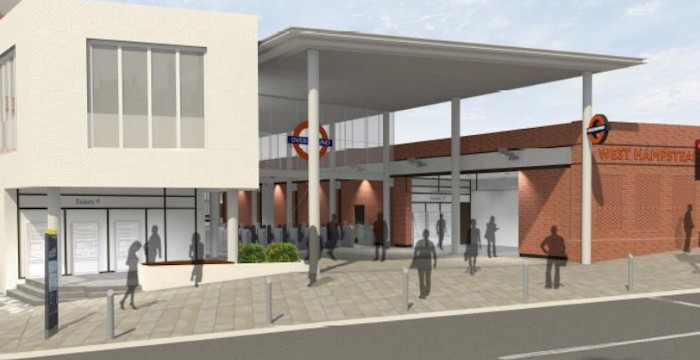 The long awaited redevelopment of West Hampstead’s Overground station is poised to start in August. And to finish two years later. 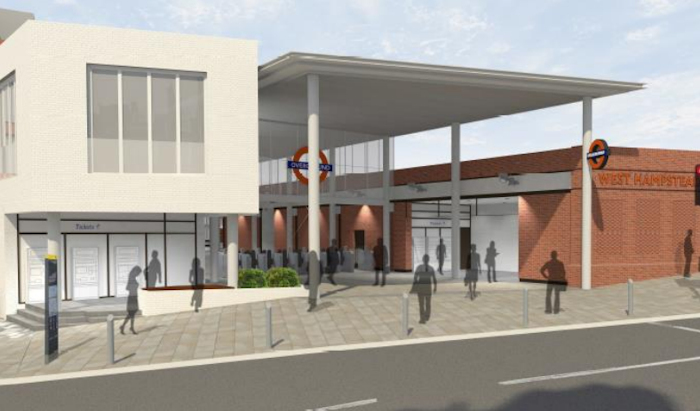 TfL will be building a totally separate new station, between the existing one and Ballymore/West Hampstead Square. The old station will become a ‘retail opportunity’. The new improved station will have accessible lifts for both platforms (paid for by a £1 million Section 106 contribution from Ballymore). There will be more ticket gates, wider platforms and steps that will be a third of the way down the existing platforms. At the entrance there will be a wider forecourt and pavements for passengers interchanging. 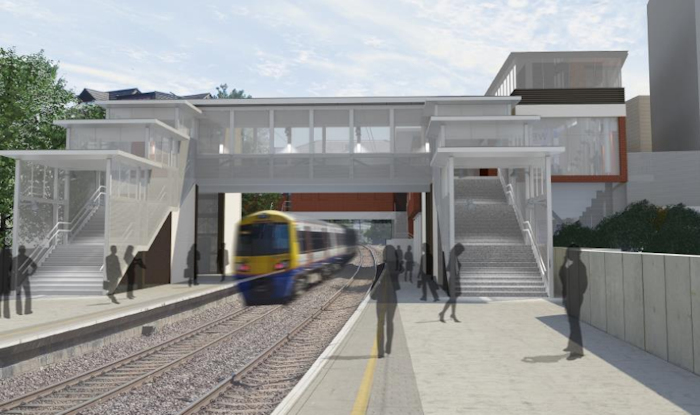 It won’t be easy to do the work as this busy station will remain open the whole time. TfL aims to minimise disruption to residential neighbours. So work is being phased. The prep work starts this August, construction of the new footbridge begins in January next year, the new station itself will take a year to build, starting in March and the station is set to open by Easter 2018 (Sunday April 1st!). Finally, the conversion of the old station and completion of the project in the summer of 2018. Full details, with plans and CGIs and brightly coloured arrows can be found here. 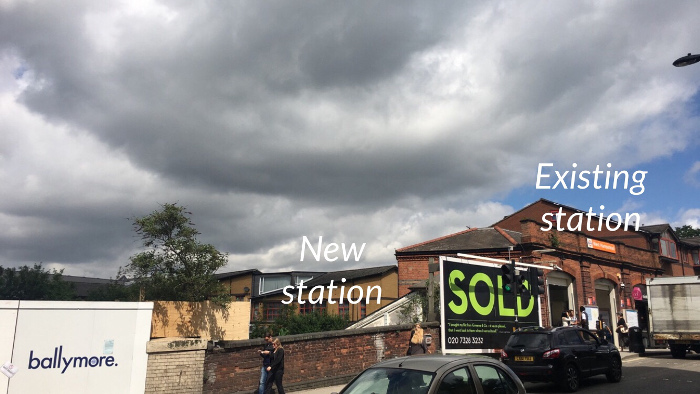 The new station will be between Ballymore and the old one.

Combine improvements to the Overground station, the continued growth in Thameslink passenger numbers, plus all the new West Hampstead residents moving in over the next few years and it seems logical that, unless something is done soon, West Hampstead tube station will be swamped. TfL, are you listening? WHL also wonders what Camden Council is doing to ensure coherence in the streetscape and landscape between all these developments. Many trees were destroyed to build them, but what is being done to replace them?