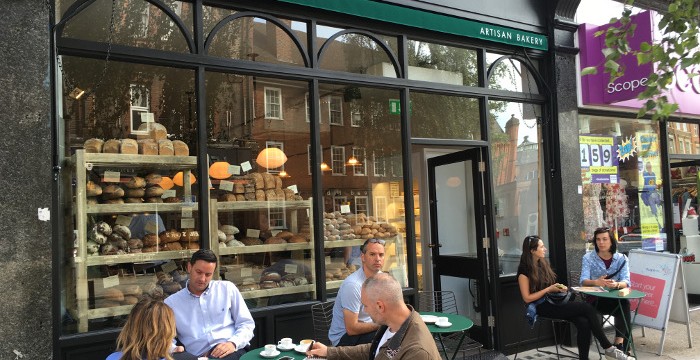 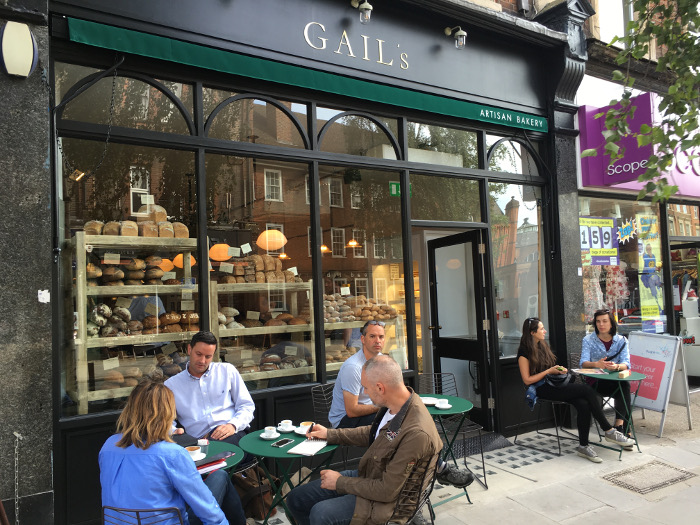 Not just a bakery, but another cafe

So, Gail’s opened on time (now that is a surprise for a building project round here) and West Hampstead got all excited. The opening offers added to the buzz but Twitter was all aflutter.

Buzzing ,haven't seen this much excitement since the midnight opening @WELBooks for the then new Harry Potter book.! https://t.co/OOEHqcN4WT

When you wake up in the morning to discover a @GAILsBakery has opened on your doorstep in @WHampstead ! #BestSausageRollsInTheCity #fb

It’s good to see that it has branded itself differently here to its other outlets – apparently it’s part of its approach to fit in locally to each area (though as the tweet below suggests, it may have some work to do in that regard.)

As with their other branches it is both a both a bakery and a café.

What was also noticeable yesterday was that the staff were in casual clothes, but it turns out they were mostly extra staff drafted in to help for the opening. Today when things were calmer, staff were back to black with maroon Gail’s aprons.

The manager said they were pleased with how things went. These upmarket grocers are on the pricey side…

Great to have @GAILsBakery in @WHampstead although at £1.20 for an English Muffin, will stick with @ronisbakery delish 65p bagels

…but if the Hampstead Butcher and Providore is anything to go by it seems that West Hampstead’s growing affluence means they’ll do just fine.