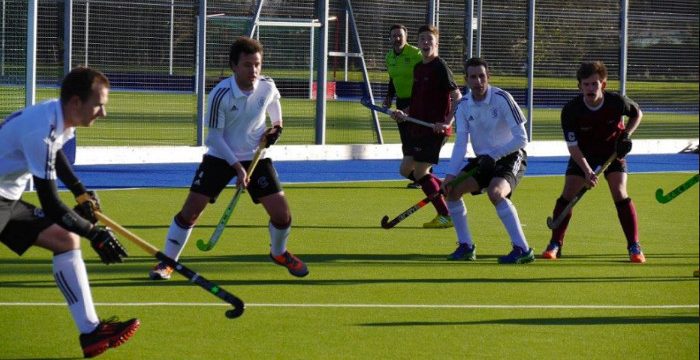 Inspired by Team GB’s Olympic hockey success (the first ever gold for the women’s team), time to remind you all that there’s a hockey club on your doorstep. I’ve played at every level of hockey from junior to international and West Hampstead Hockey Club is the best club I’ve ever been involved with. There are 15 teams; 8 men’s and 7 women’s. People are always welcome to come and play or watch – all the details are on the club website.

With a host of new recruits, a new coach, a new sponsor a new Captain in Phil Young and off the back of an unbeaten pre-season, West Hampstead Men’s 1s went into the start of the season with high hopes to be challenging for promotion. After the excitement of opening up a new set of kit from new kit supplier Silver FX and emblazoned with their new sponsor, Alan Day Volkswagen, it was time to turn their attention towards the first games of the season. Despite a good run of pre-season games, the mood in the camp was that they been relatively easy and they knew the league competition would be a step up. 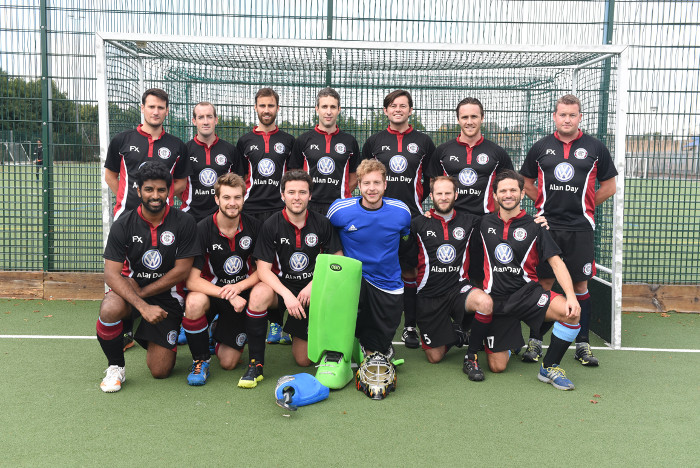 Karan, showing he wasn’t a one trick pony, converted Hampstead’s second corner with a flick into the side-netting to the keeper’s left, putting West Hampstead back in the lead. Eager to keep up the pressure, West Hampstead started impatiently pummelling the ball up the pitch, resulting in unnecessary turnovers. Blackheath were unforgiving, capitalising on West Hampstead’s loose passing and defensive errors to sneak into the lead with two goals just before half-time.

After a sloppy end to the first half, West Hampstead took control in the second, shortening their game and holding the ball for much longer periods. Back from illness, Harry Slater played an instrumental role on his debut for West Hampstead. West Hampstead’s patience was rewarded with a third penalty corner. This time it was Ed Perry who converted, slotting the ball past the linesman.

Hard running upfront by Blackheath tested the fitness of West Hampstead, who were fielding a small squad and were down to ten men at two points in the match due to sinbinning. A quick break by Blackheath resulted in a glorious deflection over Carter’s head, putting them in the lead again and bringing back memories of West Hampstead’s late defeat to Winchester. Fortunately, West Hampstead’s corners continued to bear fruit with Perry scoring his second flick low past the keeper to equalise. West Hampstead threatened to score a fifth goal to snatch the win but were denied the opportunity by Blackheath who defended strongly. The full-time whistle went at 4-4, with each team taking one point.

While disappointed not to get the win, it was a step up from the previous weekend and West Hampstead will be looking to continue the trend with a win next weekend. West Hampstead would also like to take this opportunity to thank Silver FX and Alan Day Volkswagen for their support this season.