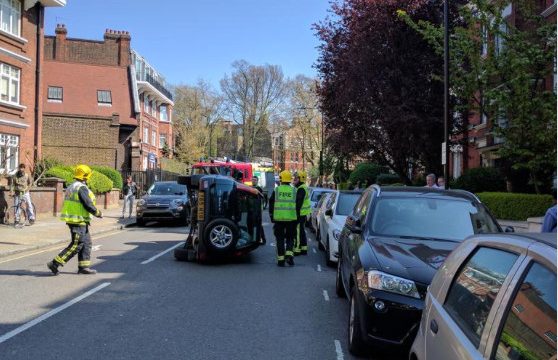 West Hampstead made the (inter)national news in a report on Nazanin’s year in prison.

Alice House decking was given the OK by the Planning Inspector. 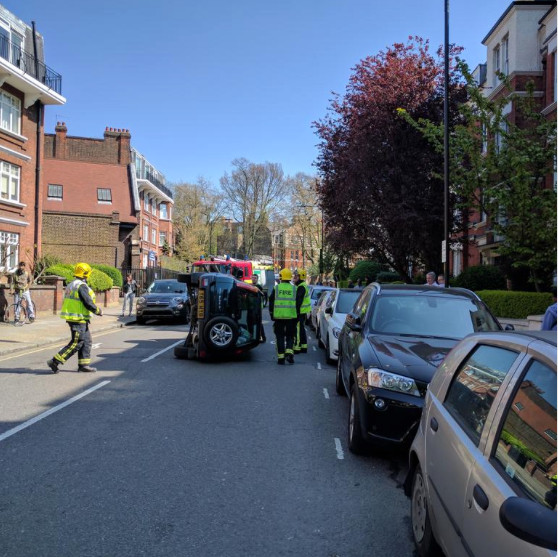 Ooops – car on Mill Lane. Pic thanks to FoFGNW6

This week saw a successful Whampsocial at Bobby F’s. The first organised by Adrian and Emily – (thank you).

Oddbins had – another – attempted break in.

Two weeks ago Westminster, last week Stockholm, what would you do if something like that happened locally? The Safer Neighbourhoods Team recommend downloading CitizenAID app, which explains what you could in the aftermath.

Sarah Hayward, leader of Camden Labour, announced her surprise departure. She’s stepping down on 2 May.

West Hampstead Labour councillors, and a former councillor, were on TV being unimpressed with near-neighbour Ken Livingston (Phil – you are looking quite at home on Palace Green…)

Property madness 1: “You can never be too rich or too thin” the Duchess of Windsor once said. If you are both then West Hampstead has the house for you; it’s sideways only into the bathroom though. And all for only £1.6 million! But hang on ” in the area infamously known as West Hampstead”…?

Property madness 2. If that isn’t big enough then how about nearby Kidderpore Hall? only £17m (but includes a £10 million renovation budget.

Coming back down to earth. What does home (specifically in West Hampstead) mean to you? A local sociologist is asking – please help him by answering the survey. He’d like at least 100 participants, let’s help him get there.

Sniff. It was the final tweet from James Earl as chair of the NDF. Goodbye James West Hampstead will miss you. Even Stop the Blocks.

Spring Singfest at Emmanuel Church was lovely. A good turnout, good singing and an good chance to catch up with neighbours. And raised nearly £1,500 for the local Marie Curie hospice.

Have you been watching ‘Decline and Fall’ on the BBC? You know It’s by Evelyn Waugh, but did you know he grew up on Hillfield Road?

The London Improv Theatre is in … West Hampstead (sort of)!? Well it’s on the Finchley Road. And there is a new Improv comedy show this Friday.

M&S is offering a huge hamper in a charity raffle and guess the number of Easter eggs for the benefit of St James And St. Mary’s with All Souls hardship funds.

But Easter isn’t just about Easter Eggs, details of Emmanuel, St. Lukes and St. James and All Souls Easter services.

Sent in by a dismayed and horrified Greencroft Gardens resident. @CamdenTories want weekly collections back to avoid this on our streets. pic.twitter.com/fTaRFWFUX9