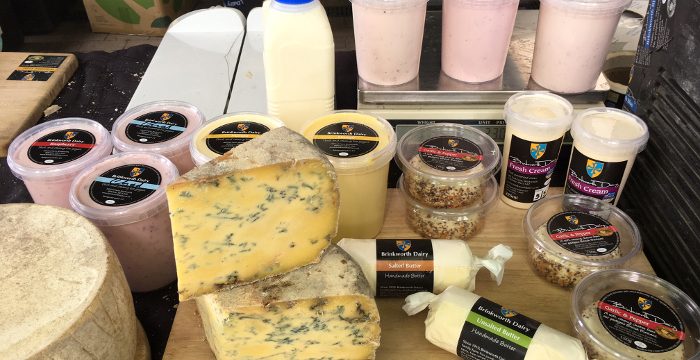 London Farmers’ Market, which runs the West Hampstead market, has an annual competition to find customers favourite stall at each market. In West Hampstead, the winner (again) was Brinkworth Dairy. So who better for WHL’s next Insight.

Brinkworth Dairy is run by Ceri and Chad Cryer (helped by their young three boys and other family members) from Hill End Farm, which has been in the family for five generations since 1910. It’s a small 180-acre farm in North Wiltshire, with 100 grass-fed pedigree British Friesians dairy cows. Future plans include offering camping on the farm (and updating the website to include the award of West Hampstead’s farmers market favourite stall).

Every morning Chad gets up at 4.30 to bring in the cows for milking and at the weekend he then gets ready to set off for farmers markets in West Hampstead (Saturday) and Queen’s Park (Sundays).  He’s helped out here sometimes by a local friend, although this weekend he brought along two of his boys, who were selling jars of Chad’s honey – and sold it all. 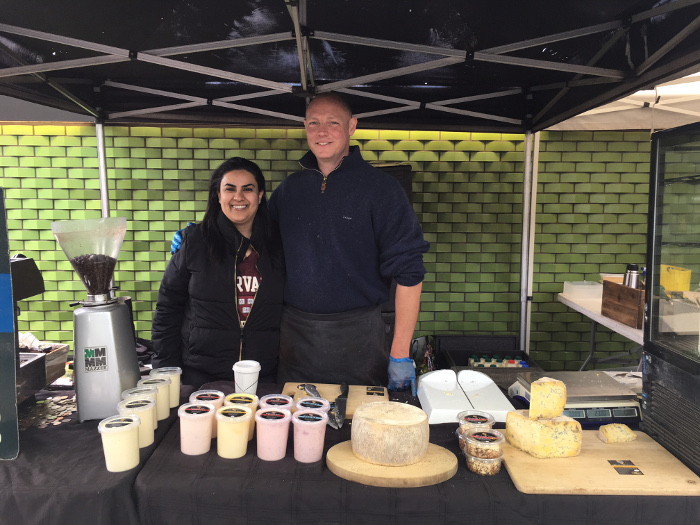 Chad, what brought you West Hampstead?

London Farmers’ Market brought me here. Originally I had a stall with them at Queen’s Park as well as Marylebone, they were finding new venues and about four years ago they asked if I wanted to try their new market at West Hampstead. It was a good market from the start – some other markets start off well but then tail-off – but here things started well and continued to grow.  I like to do the work myself so decided to stick to West Hampstead and Queen’s Park and leave Marylebone.

What is your favourite memory of the area?

It was actually when I needed to go Sainsburys to buy some sugar for the stall and I kept on being greeted by customers. It was strange that here I was walking through London, but it felt like being back in my own village. Nice memory.

What was your first impression of West Hampstead?

I set up at the first market with my friend Seb, who had grown up here and so have mainly seen it through his eyes. He was amazed how much it had changed, and rather regretted his parents had sold their house here.

The first customers were really pleased that the space outside the station was being used. I knew a few of them from Queen’s Park market, they were also pleased they didn’t have go so far for their coffee, cheese and yogurt. 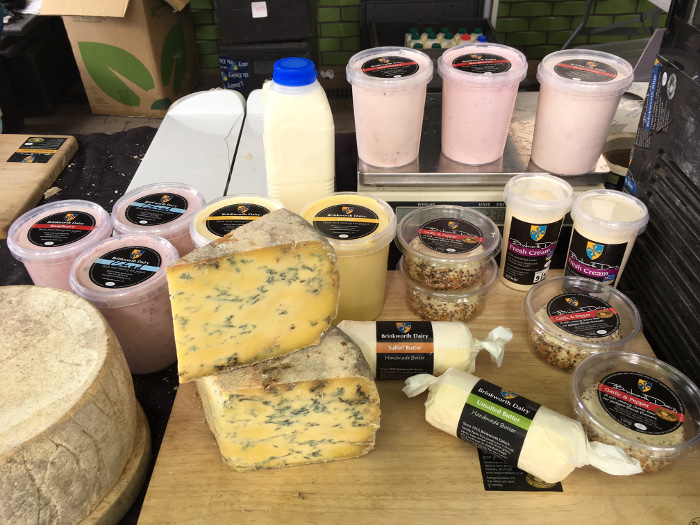 What has surprised you about the way West Hampstead has changed?

Even in the short space of time I have been coming I have seen the skyline change. When I chat to someone new, often a couple, buying a coffee I’ll discover that they are looking at property in the area.

A pizza from Napoli, the new pizza stall – usually with a samosa from Mumbai Mix (they have the stall next to mine at Queen’s Park). Otherwise it might be a burger from James, or a sausage roll.  But pizza is the new thing.

Conversely, when I’m setting up my stall at 8.45 all the other stallholders are polite enough but what they are really saying is ‘hurry up, please, I want my coffee!”

For those of you that have read this far – changes to the farmers’ market are on the cards. There is talk of extending to Sunday and even running it some weekday evenings.

What have you missed since April 24th?