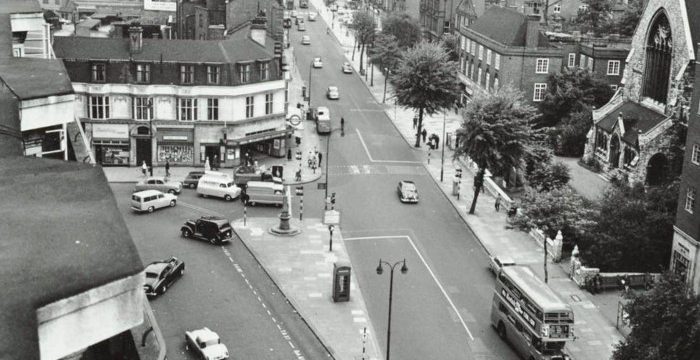 There has been a further spate of mobile phone snatches; by West End Green, on Westbere Road and an attempted one on West End Lane. There will be an area action forum this Thursday in the Synagogue Hall to discuss the this issue. Do come.

A couple of local venues celebrated their first birthdays. 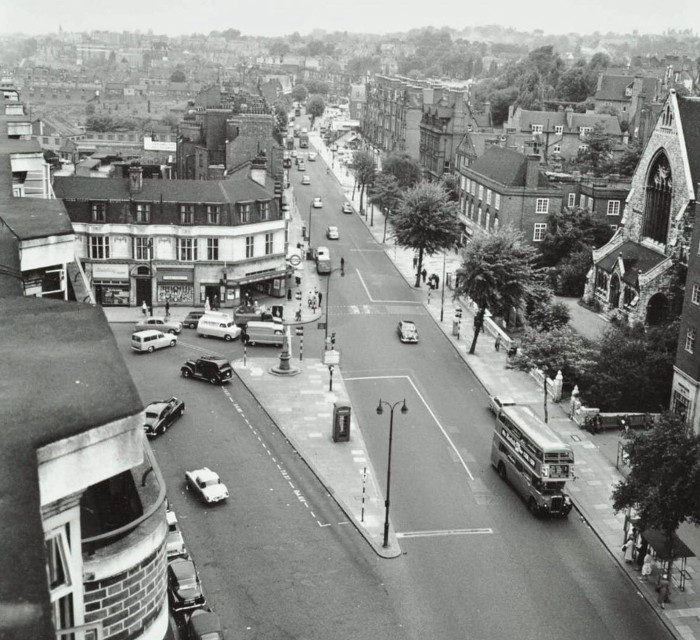 Finchley Road (in the early 60s?) with trees! image: @villagevoice1

It’s been six months since the introduction of the new rubbish regime and local campaigning group WHAT is holding a public meeting on the 25th on ‘what is working and what is not working’. Coincidentally it is Clean Camden fortnight. Though looks like someone forget tell Kingsgate place… or here and on ‘Mess’ina Avenue

After a slight delay the local Labour party chose it’s candidates for West Hampstead ward in next year’s council elections.

Camden is the third happiest place in London, but neighbouring Brent is one of the unhappiest places in the country! Are they SO different?

Her friends and family though that West Hampstead resident Nazanin Zaghari-Ratcliffe, who is being detained in Iran, might be up for early release but instead she faces three further charges and up to 16 more years in prison. Richard, her husband wrote this letter in the Evening Standard, Local MP Tulip Siddiq and Richard appeared on Channel 4 news, while Iranian lawyer and Nobel Peace Prize winner Shirin Ebadi said Britain must do more.

This Wednesday and Thursday, local film-maker Anna Bowman will be at Kingsgate Community Centre between 1-3pm collecting memories of local community organisations established in the 1970s and 80s. If you have any memories, do go along and share them. You can contact Anna here.

A true West Hampstead stalwart was recognised by Camden magazine – step forward Sue Measures. She has run a tight ship at the Sidings Community Centre for 32 years, including working with local young people. This past Saturday she ran Sidings’ annual heritage fair.

Camden magazine also had an article on the new Kingsgate school building at Liddell Place. A reminder to parents – you need to apply to it (and any other schools) by the end of October. The article omitted that the school will be in the middle of a building site once construction starts on the adjacent housing.

Good news and bad news. First the bad news, the Good Ship is closing for good on the 29th. The final band on stage is incredibly popular tribute act the Smyths and heaven knows we’re miserable now.

The good news is that the Good Ship comedy club is sailing over to Camden to a new home at the Sir Colonel Fawcett (it’s the sister pub to Kilburn’s Sir Colin Campbell). The final show in Kilburn on the 23rd still has tickets available but the special extra show on the 26th is already sold out.

There are scant details on the changes in the C11. This document from TfL just says the changes are ‘to match demand’ but gives no evidence or explanation. The change was introduced on Saturday.

The Hampstead Theatre is facing a 14% cut in its Arts Council subsidy.

Theresa Le – of Ladudu and now Ladudu sauces – was handing out samples at the West Hampstead Farmer’s market this weekend. They are also available to buy at Natural Fruit and Vegetable on West End Lane.