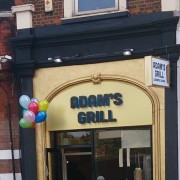 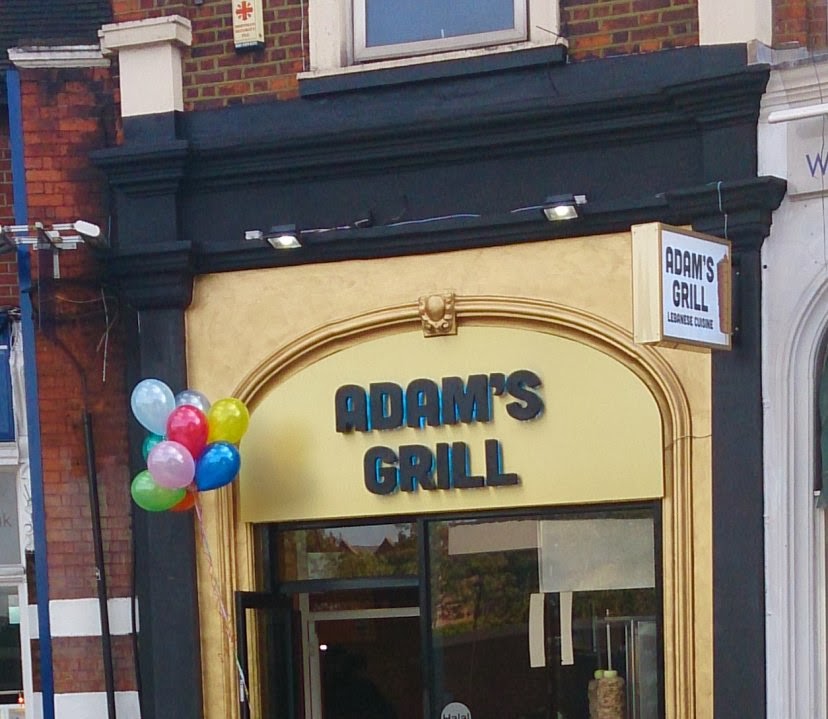 Need a break from all the planning and politics? Want to get back to those heady days of food and meet-up? Have I got a meat treat for you.

Next Tuesday, the 17th, Adam’s Grill – they of the flashing sign by the tube station – are offering #whampers some free tasters. Yes, free. They are offered for “all the followers of your blog”, which would be about 12,000 people, so lets just hope they’re braced.

From 7-8pm, there’ll be trays of tasters for people who wish to mingle and socialise inside, and “goody bags” for those who want to sample grilled delights on the move. They’ve got a photographer coming apparently so no dribbling hot sauce down your best frock.

No need to let anyone know if you’re coming, though do please come along. They’ve volunteered this off their own bat as they felt that that they hadn’t met the standards they expect of themselves when Dan went for a mystery diner review a little while back. It’s very kind of them to offer, so why not check it out. Mine’s a lamb shish wrap no sauce, extra chillies. 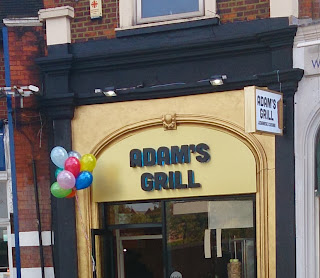 Having finally been for a jog-walk-jog, I deserved a kebab, and with Adam’s ‘flashing sign’ Grill opening tonight, this was a perfect opportunity.

With a friend in tow, we shuffled past the group of nervous owners standing by the door and immediately couldn’t find the kebabs on the menu (they’re down the bottom below the starters). I ordered a chicken schwarma wrap for comparative purposes, even though it looked pretty dry on the kebab machine, and the lamb schwarma looked better.
My partner in crime ordered a minced lamb (kofte, I assume) on pastry, but, having only just opened they didn’t have the right machine yet so he switched his order to a lamb shish wrap.

There’s a nice little area of tables and chairs so we sat and waited (this isn’t one of those silly pseudo-restaurants that charge more to eat your kebab in the warmth indoors) for the shish to be grilled. There was a good selection of salad, including beetroot and slices of pickle (no chillies), and it came wrapped in two very thin tortilla-styles wraps. 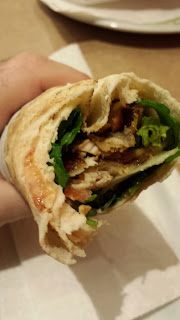 After a quick toast and squish in the pannini machine, the disappointingly girl-sized kebabs were at our table, and we got stuck in. My first bite confirmed my suspicion that the chicken was a dry, and certainly hadn’t been marinated. The bread was rather dry too, so I recommend a drink.

The salad, however, was pretty good, with the pickles surprisingly tasty and well flavoured. I went for garlic sauce, having shunned the chilli sauce, but I couldn’t taste it.

My friend, despite unwrapping the whole thing like an amateur so it slid inelegantly out of the other end of the tortilla, was reasonably pleased with it, saying the lamb shish was tasty, but agreed that the bread was dry.
All in all, Adam’s Grill is run by a nice bunch of guys, and they’ve got lots of other dishes to choose from.

This is a very ‘Lebanese’ kebab, but it isn’t a patch on the Ranoush Juice chain. For local comparison, the lamb shish wrap wasn’t as good as Ekin on Priory Road. Similarly, the chicken schwarma wasn’t as good as Amaan’s Grill on West End Lane, which is nicely marinated and comes in freshly baked tandoori bread. And it probably isn’t a good drunken hangover-preventing fatty kebab either.