You are here: Home / News / birdman 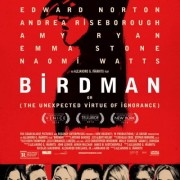 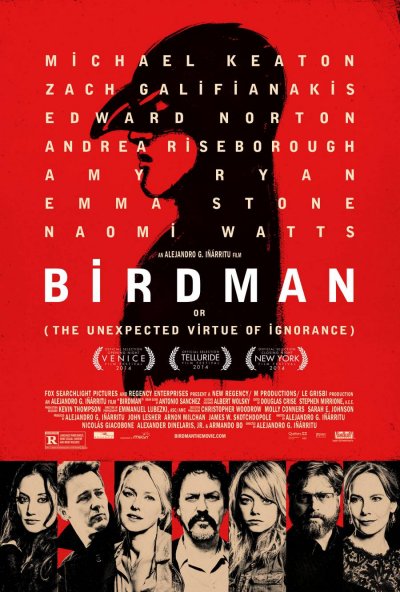 Film Club is back in 2015 with a movie that looks like it’s going to set the quality bar high for the new year.

Birdman is an extraordinary film from the visionary filmmaker Alejandro Iñárritu. It stars Michael Keaton; once a Hollywood A-lister thanks to his role as the superhero Batman, but an actor whose recent career hasn’t exactly been triumphant.

He plays an actor – once a Hollywood A-lister thanks to his role as the superhero Birdman – but whose recent career hasn’t exactly been triumphant.

As you can probably tell, this a satire on Hollywood that uses clever casting to blur onscreen and offscreen truths. It’s also a technical masterpiece, much of it filmed in a single take (or at least appearing as such).

Strange, funny, unique, beautiful and fun are just some of the adjectives being used in rave reviews. It has already won many awards and is a hot tip for Oscar success.

We’re going to see it at Kilburn’s Tricycle Cinema on Sunday 11th January. The film starts at 8pm and we’ll be in the bar from 7.30.

Everyone is welcome, and you can book in advance or turn up on the day. Book Row G if you want to sit with the rest of us (you don’t have to).