You are here: Home / News / councillors 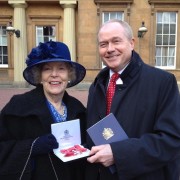 Back in January, local MP Glenda Jackson confirmed what she’d told me back in 2010 – namely that she wouldn’t stand for re-election. Thus the tightest three-way seat in the country would have three new candidates. Chris Philp, who was beaten into second place, finally secured the Tory nomination for the safe seat of Croydon South. Expect to see him on the front benches before long.

The Lib Dems stole a march on the other parties by announcing Emily Frith as their candidate. A month later, they were back at square one as Emily got a better offer. The local party grandees were distinctly unimpressed.

The Tories were next to announce their candidate, based on a open primary. Rugby fanatic Simon Marcus, councillor for Gospel Oak, got the nod. Simon’s made a big deal of trying to save Hampstead police station from fellow Tory Boris’s cuts. He failed.

That left Labour. The party decided to draw up an all-women shortlist, which ruled out popular Kilburn councillor Mike Katz.

Fiona Millar’s name was bandied about as a contender, but she withdrew and in July, the nomination went to Regents Park councillor Tulip Siddiq.

In the same month, the Lib Dems regrouped and put forward the high-profile Maajid Nawaz, founder of think-tank Quilliam. Simon and Tulip have strong local credentials, while Maajid is a TV regular focusing on more international issues. Nevertheless, the consensus is that by bringing in a big hitter, the Lib Dems have at least made the contest more interesting than it might otherwise have been.

The election isn’t until 2015, but expect the battle for hearts and minds to heat up over the year and some major players from the parties to turn up.

Not that Glenda shows signs of going quietly – she’s been more visible in the House of Commons this parliament than in previous years. She also made the news in April with a strident attack on Margaret Thatcher in an otherwise hagiographic House of Commons session.

It wasn’t Mike Katz’s year. He got shafted by his party and was deselected to stand in Kilburn in 2014’s local elections and then missed out on nomination for Brent Central.

Russell Eagling announced he wouldn’t be standing as Lib Dem councillor for Fortune Green again. Nick Russell will stand in his place. It was a big year for Russell though as he and partner Ed Fordham – who placed 3rd in the 2010 general election – got engaged after Ed’s tireless work championing the equal marriage bill paid off. The engagement even made it into Hansard and Jimmy Carr’s Big Fat Quiz of the Year.

Flick Rea, Russell’s fellow Fortune Green councillor, was awarded an MBE, which she collected from Buckingham Palace this month. 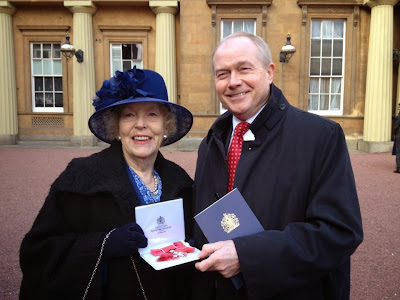 The local elections take place on May 22nd 2014. We’ll be holding a hustings nearer the time so you can meet the various candidates and get a better understanding of what councillors actually do and why you should get off your arse and vote for the ones you want.

We DO need some education – but where?
Schools were a political hot potato in 2013. A free school campaign got off to a blaze of publicity, but has been struggling in the past few months to generate enough support after a wave of negative comments.

In September, Hampstead School – the comprehensive school that’s really in Cricklewood – made the front page of both local papers for different, but perhaps related, reasons. The Ham & High ran a story about the free school campaign for a local free school, in which a Labour activist branded the campaigners “snobs”. The Camden New Journal meanwhile went with the story of the headmaster contacting police over the “anarchist tendencies” of a former pupil who ran a satirical blog about the school.

Secondary school provision is controversial, but everyone accepts that the area needs primary school places. The problem is where to put them. Camden is pushing forward its plans to expand Kingsgate School; except that the extension would be the best part of a mile’s walk away in Liddell Road, where there is a light industrial estate. Camden will build 100 private homes to pay for the school. This story continues to run.

Should they stay or should they go?
The West Hampstead police station was going to be closed, but then it wasn’t. In what seemed a very opaque process, the Fortune Green Road station was retained as an operational station, but its front desk would be open only limited hours as was the SNT base on West End Lane.

West Hampstead fire station has never been under threat in any of the restructuring plans for the London Fire Brigade, however Belsize station’s position has always been precarious and it looks like its fate is now closure.

Over the course of the year, the idea that the post office could relocate to St James’ Church has turned into a reality. The Sherriff Centre, as it will be known, will run as a social enterprise and include a café and fund community support workers. It was officially awarded the contract in August.

Meanwhile, the Swiss Cottage post office looks set to be closed completely. After some vocal campaigning, it’s now going to be moved into the Finchley Road branch of WH Smiths.