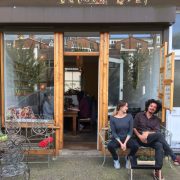 Curled Leaf is a café on Mill Lane that has a cool, quirky, health-conscious vibe. It’s run by Alketa Xhafa-Mripa and her husband Luli Mripa and is very much a joint effort. Alketa has lived in the area for 20 years, arriving in 1997 to study art at St. Martins. When the Kosovan war broke out in 1998 she applied for asylum and ended up putting down roots in London.

As well as running the café , doing yoga classes plus being a wife and mother, Alketa is also a practising artist. Recent works include creating ‘Traces project’, recognising the 20,000 women who were raped in the Kosovan war and very recently ‘Refugees Welcome’, which deals with the current refugee crisis. And if that wasn’t enough, she’s just done a TED talk in Tirana.

Luli runs the café with Alketa and practises acupuncture in an on-site treatment room. He arrived in London when he displaced by the earlier Bosnian war in 1991. He was studying in Italy when the war broke out as was called up for the draft, but was advised by his parents and friends not to return and ended up in London.

Curled Leaf specialises in teas, particularly herbal teas as Luli is a herbalist, and offers a staggering 52 different types. For the first couple of years, the café didn’t serve coffee, preferring the ‘ceremony of tea’ but eventually gave in to  customer demand. It also serves healthy seasonal vegetarian food and delicious, if not quite so healthy, cakes. 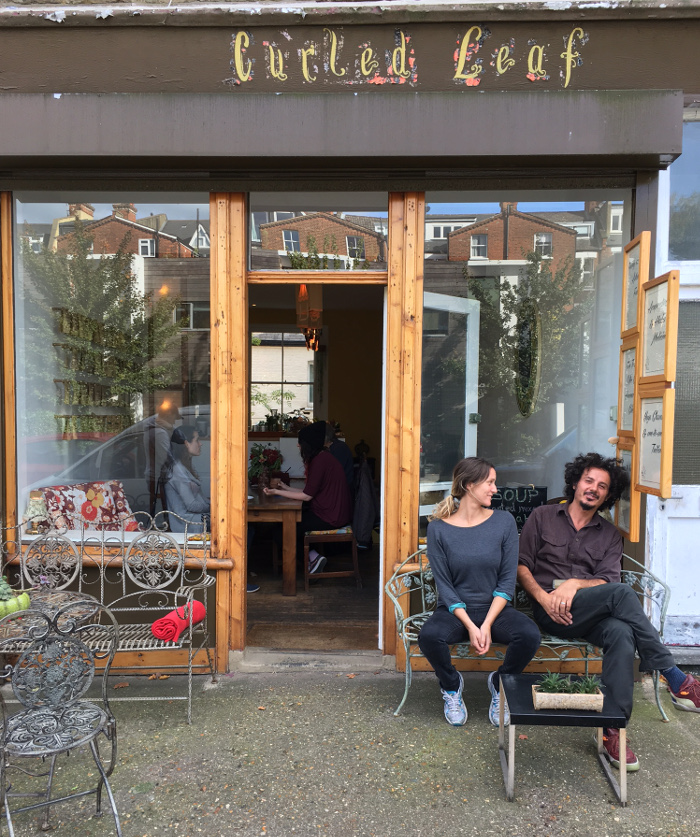 The arty (and veggie) Curled Leaf on Mill Lane

What first brought you to West Hampstead?
“Luck really,” said Alketa. “Although I had lived around north-west London since I arrived, living in Kilburn, and on the Finchley Road. I was looking for somewhere to open a café and saw this place on Mill Lane”. Luli ended up in north-west London when he arrived, just down the road in Maida Vale, but it was Alketa who brought him to West Hampstead.

What’s your first memory of the area?
“I remember it as being a really nice area with small cafés and boutiques plus the charity shops. I liked it and hope that it will stay like that”, said Alketa. Luli’s answer is shorter: “La Brocca.  I remember fondly the live music there.”

What’s surprised you most about how West Hampstead has changed?
“It seems that the area has changed quite quickly, ” said Luli. “It always had those little places, which you thought would survive for longer, but they are gone.” Alketa is more wistful. “I’m not really happy to see lots of change as it loses that vibe and energy and sense of community, where people know each other and help each other. Being a mum myself, I feel West Hampstead is particularly a place where mums are welcome and I would hate to lose that”. 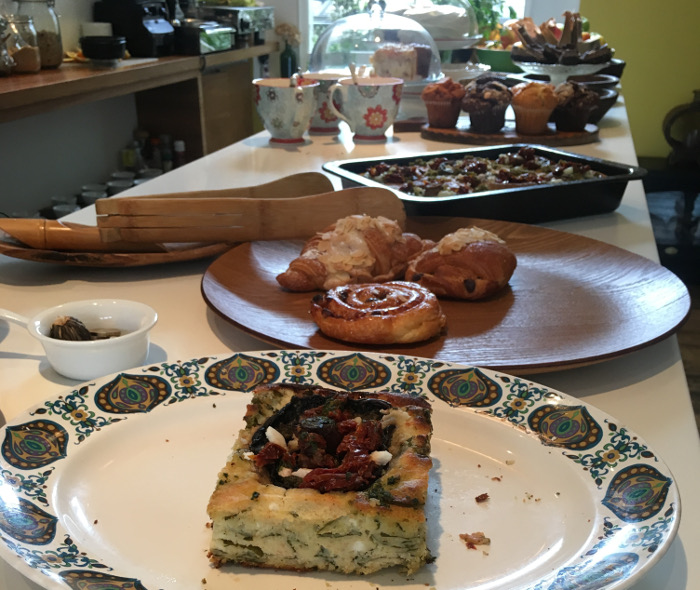 What’s for lunch?
“Here it’s a variety of things! We do seasonal vegetarian dishes. The house speciality is grilled aubergine, or we are offering quinoa with courgette. Also popular is our special corn and spelt bread with spinach. If we go somewhere else, then eggs benedict at the Wet Fish is a favorite or a vegetarian Pad Thai from Banana Tree.”