You are here: Home / News / Dissidents 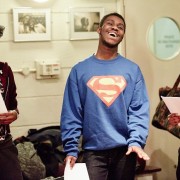 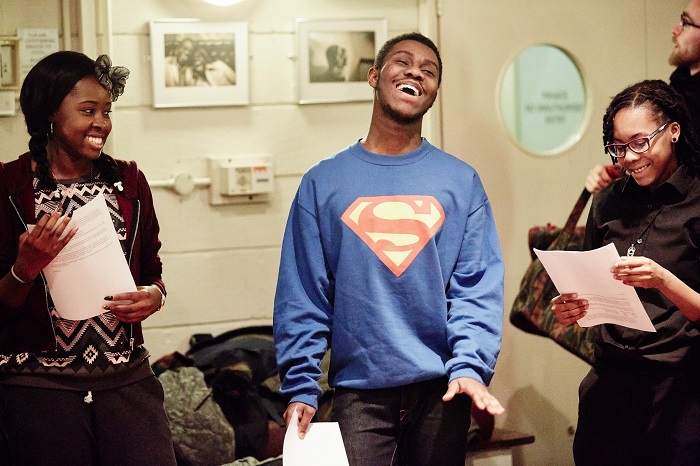 We catch a glimpse of the experiences of brother and sister, Juan and Selena, who are struggling to make ends meet after the death of their father. Their lives are overshadowed by austerity measures, including their final moments with their father in an overworked NHS hospital, and Juan’s brief career at Poundland as part of the government’s ‘back-to-work’ scheme. The play encapsulates the anger and frustration of its young characters, who feel they are being stereotyped and criminalised, without being given the opportunities they need to improve their situation.

The production made great use of the stage, transforming it between scenes within seconds into familiar urban settings. Many members of the cast played multiple parts, and the quick changes between scenes and characters made the play a little hard to follow in places. The dream sequences were particularly well choreographed however, making use of the large cast, and creating an eerie, disturbing atmosphere.

Stevie Basaula and Tania Nwachukwu did a fantastic job as Juan and Selena, particularly in the emotional final scenes. The play could have done with a bit of polishing, but overall it was a very enjoyable evening and it would be great to see more of the Tricycle Young Company.