The votes from both Barnet & Camden and Brent & Harrow constituencies were counted at Alexandra Palace on Friday. Sadly it seemed no-one mentioned that to the construction crews working on the historic building. The result was a power cut early in the day, which held up counting. Then, at the end of the day, a couple of ballot boxes from Brent turned up containing damaged papers and these had to be counted by hand. It was already clear by this stage that incumbent mayor Boris Johnson was going to beat Ken Livingstone, but Brent is die-hard Ken country, so there was always that slimmest of slim chances. After all, at the Hampstead & Kilburn vote in 2010, it was boxes arriving from Brent that gave Glenda the late and very very narrow victory.

In the end, although Ken got 6,500 more second preference votes than Boris in Brent & Harrow, BoJo’s overall winning margin across London was fairly comfortable.

We don’t have the ward breakdown yet for Barnet and Camden, so I can’t tell you how West Hampstead’s vote compared to that in 2008, but across the two borough here are the results

A couple of notable stats: Barnet & Camden gave more 2nd preference votes to the Green Party’s Jenny Jones than to any other candidate, and voters here also gave Boris less than 400 more second preferences than independent Siobhan Benita. Nevertheless, Boris was more popular in Barnet & Camden than he was across London as a whole. So, a good night for the Conservatives? Not entirely.

As was widely reported, Barnet & Camden’s London Assembly vote was between Conservative Brian Coleman and Labour’s Andrew Dismore. There was a strong campaign to oust Coleman, and indeed his sizeable majority was completely reversed as Labour saw a 14 percentage point swing in their favour as Coleman’s vote fell away.

The CNJ’s Richard Osley was at Alexandra Palace but neither he nor any other journalist could get an interview with Coleman, who arrived for the count but vanished before giving a speech.

For the final part of my pre-election coverage, here’s a breakdown of how West Hampstead and the wider Barnet & Camden constituency voted last time around for the mayor, our local Assembly Member, and for the London-wide assembly member.

First up – the four Camden wards that make up West Hampstead (sorry Brent folk, but you can access all the data).

What does this show us? Well, a fairly strong Labour showing, even in Swiss Cottage, which came down in favour of Boris overall. Despite the Lib Dems’ popularity here as councillors, Paddick’s performance was pretty poor and roughly in line with the London-wide result.

Across Barnet & Camden, you can see the full breakdown on three separate sheets. The Conservatives took all three ballots fairly comfortably – showing the relative weight Barnet has over Camden in this inner/outer London constituency 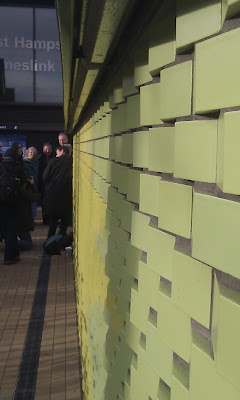