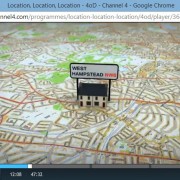 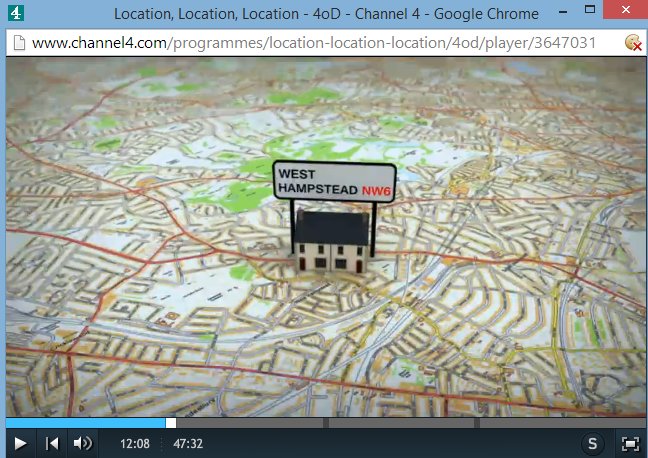 In June 2013, Kirstie and Phil were in West Hampstead scouting for a 3-bed flat with a garden for Tam & Krish, a couple with a young daughter, who had very specific location requirements – even down to the exact streets they wanted: Hillfield and Mill Lane.

With a budget of £600,000 most locals could have told them that they were in cloud-cuckoo land. Kirstie agreed – around here, even six months ago, they’d almost certainly have needed an extra £100,000. This meant “compromise”, the watchword of Location ever since it began.

After Kirstie entertainingly accorded West Hampstead the status of a borough, the couple went on to describe West Hampstead as having a “really nice community feel”. Tom from The Kitchen Table was on camera to reinforce that idea. 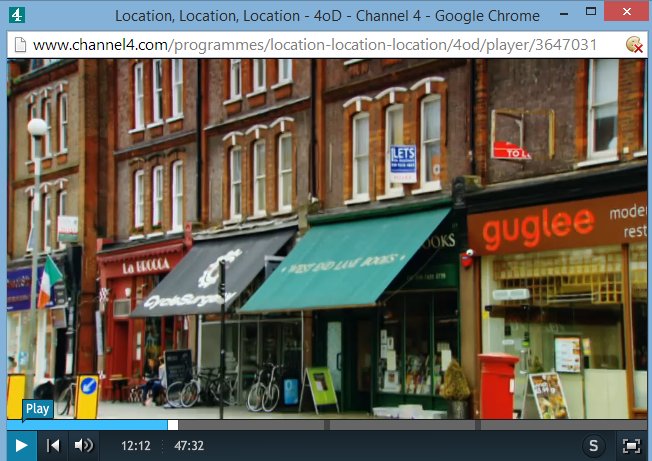 West Hampstead: “With its village feel, independent shops and cafés, and green space” 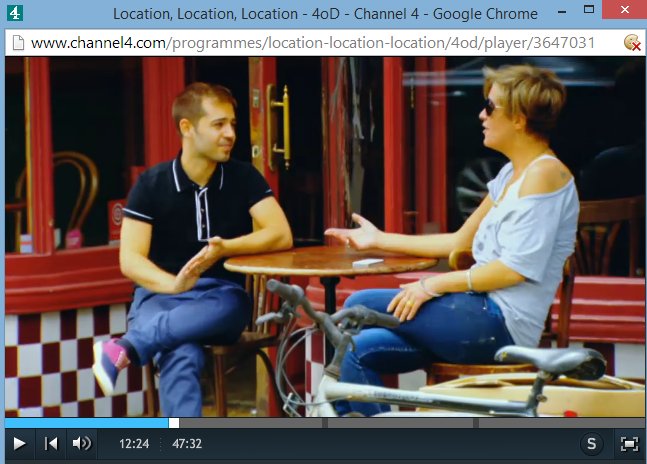 Laura Locke from La Brocca sits outside the bar

Over a drink in The Alliance, the couple told Kirstie that they’d been looking for three years on-and-off. The first property they saw had a small kitchen tagged onto the living room and got an instant no. The problem then became the lack of supply.

“Given that we knew you liked this street,” said Phil, strolling down Hillfield Road with Kirstie and the couple, “we leafleted the street. And it’s only via that that the owners of this flat responded and said they would sell the flat.”

Close Phil, but not quite what I was told. This property actually came to their attention because the owner saw me tweeting about the programme filming in the area. He contacted the production company and … to cut a tediously long story short … they bought the flat at £600,000.

Meanwhile, during filming, Kirstie was busy tweeting about the litter problem in the area.

If you live in Hillfield Road NW6 cld u organise a litter pick for area at end of ur street with bench? @KeepBritainTidy #takeresponsibility

During the screening last night, there were both the inevitable howls of outrage on Twitter from people at how little you can get in West Hampstead for £600,000, and even more predictably dull comments about how it was really Kilburn (yawn). If you want to watch on catch-up, here’s the link.

@annkempster But West Hampstead? I mean, it’s nice and whatnot, but I wouldn’t pay twice the price of a nicer place in S London for it.
— Thom Beckett (@minifig) February 4, 2014