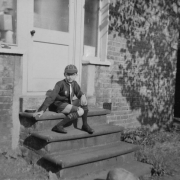 A few weeks ago the BBC ran a story about that first democratic camera, the Brownie. The article triggered some readers to send in their own Brownie photos and these included a couple of photos taken by Merryl See Tai in West Hampstead. Merryl’s on a quest to try and identify the people in one of the photos – the 1961/62 class at St Mary’s school on West End Lane taught by the astonishingly well loved Mr Glassup.

Merryl See Tai now lives in Port of Spain, Trinidad and Tobago, but at the start of the 1960s, Merryl and his family were in West Hampstead

Our family (parents, older brother and sister) left Trinidad and Tobago in 1959 and travelled to England by boat. I was eight years old at the time and entered primary school. My brother joined the RAF and my sister entered secondary school. The Brownie 127 Model 2, was a gift from my father shortly after we had arrived. I remember keeping it spotlessly clean, practising, without film, to hold it firmly and steadily and to gently squeeze the shutter button rather than pressing it. My mother and I returned to Trinidad and Tobago in 1962. 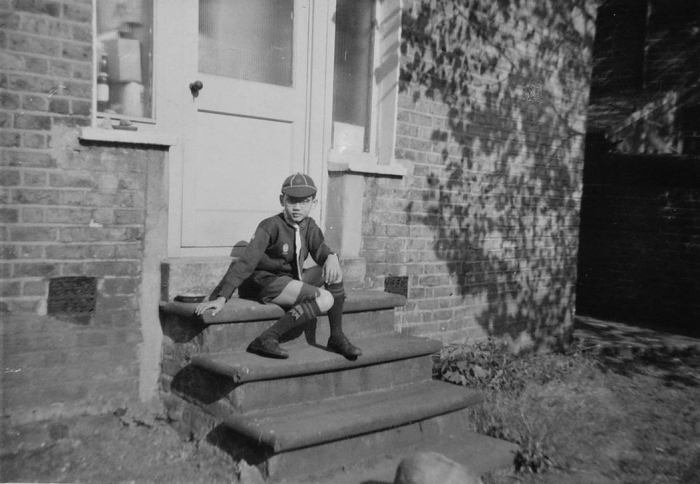 In 1962, aged 11, Merryl was a pupil at St Mary’s Church of England school. Today, the school is on the corner of Quex Road and West End Lane, but back then it was much further down West End Lane, almost as far as Kilburn High Road, where Teddy’s Nursery is now. The photo below was taken in mid-1962, just before Merryl and his mother returned to Trinidad & Tobago. Merryl is keen to trace as many people as possible in it. He has never seen any of them since.

“I’ve tried off and on over the years to search on the internet for some of the names that I remembered but without success. I did come across some references to Simon but thought that the USA was the wrong place. I would love to get in contact with some of the old classmates to see how they are doing now. The BBC articles have triggered some serious nostalgia.” 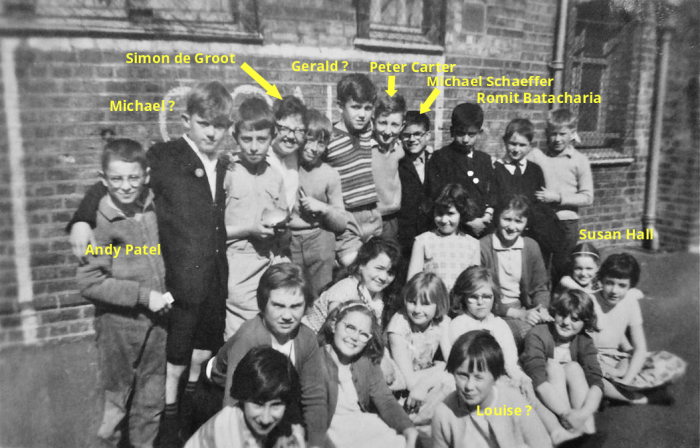 As you can see, Merryl has been able to put some names to faces and furnished a little more detail that might jog someone’s memory.

“Simon De Groot lived in the council flats at the corner of West End Lane and Kilburn Place. His friend Lawrence Harris lived in a flat there also. Peter Carter’s father had a greengrocer shop nearby on Belsize Road. Michael Schaeffer’s father was an American pastor and they lived close to the Abbey Road Studios. There was another Michael and his brother Gerald, I think? There were two girls named Louise and another girl whose surname was Turner. There was also Barry Carter and his sister June, and Andy Patel had a taller brother called David.”

The BBC article actually reached Simon de Groot, as well as Sarah “Betsy” McClain, who was two years ahead of Merryl at St Mary’s, and her brother Andrew who was a year younger than Sarah. Sarah recalled the class teacher Mr Glassup very fondly.

“It is very nice for me to share knowing Mr. Glassup with somebody. I wrote to him until he died in about 1980 or 1981. He used to talk in class about his experiences as a prisoner of war. I remember so much. I know that on the last day of school I was devastated that it was over.” 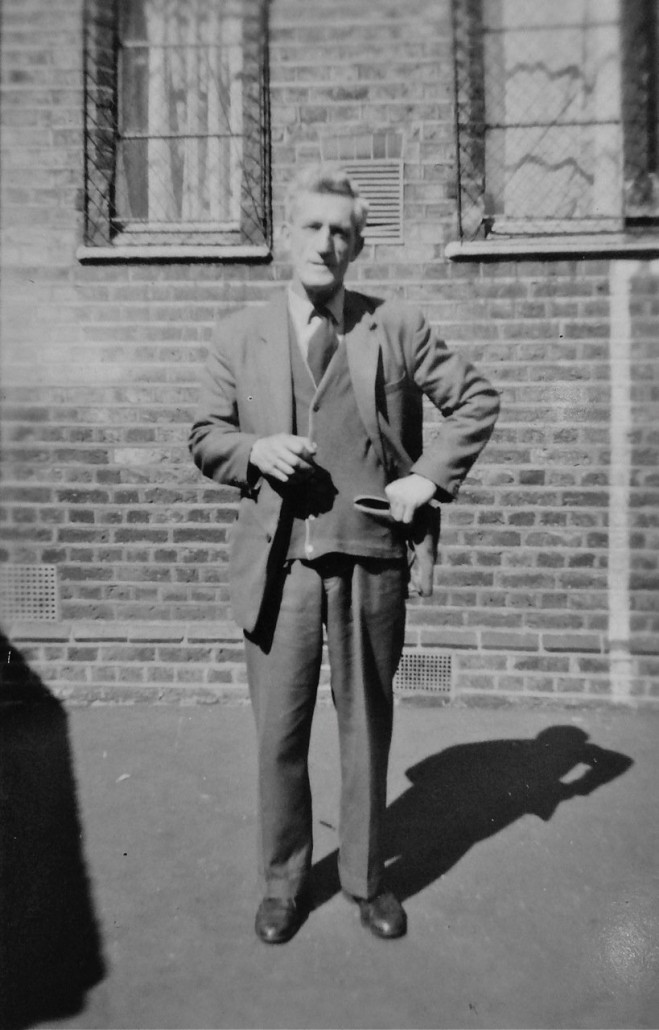 “I look back on Mr. Glassup as the best teacher I ever had. He and his colleagues not only did a terrific job of giving us the basics of the “3 Rs” but they, especially Jim Glassup, somehow made school challenging and fun at the same time. Truly unsung heroes in a lot of ways.”

Can you help? Were you at St Mary’s School in the early 1960s? Do you know any of these people, or are you any of these people? Do please leave a comment below, or alternatively drop us an e-mail and we can pass your details on to Merryl, now 64, pictured below with his wife Margaret. 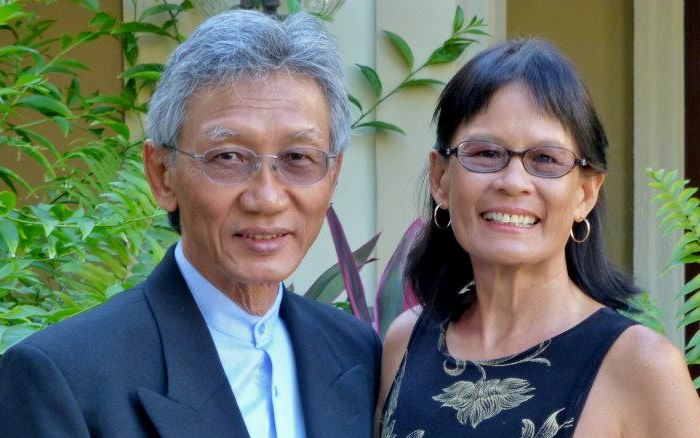