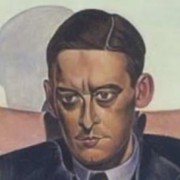 Local actor and writer Edward Petherbridge has put together a short film, While the Music Lasts, about Eliot’s time in West Hampstead, which is well worth six minutes of your time.

In 1915, Eliot married Vivienne Haigh-Wood in Hampstead Registry office and the couple moved in with Vivienne’s parents in Compayne Gardens. “A house Eliot found rather gloomy, with long dark corridors”.

It was during this time that The Love Song of J. Alfred Prufrock was published, although Eliot had written it a few years earlier and – the video claims – the seeds of The Waste Land were sown during his time in West Hampstead.