On Tuesday, the West Hampstead Medical Centre – the GP surgery on Solent Road – held a public meeting ostensibly to explain its new appointment system and keep patients up to speed with developments. Marcia MacLeod went along to find out more:

“I nearly lost the will to live. A room full of about 100 people, no microphone, and speakers with such quiet voices that no one at the back could hear; many left. Finally – after a good hour – some bright spark suggested the speakers stood on the side of the audience, half-way down the room.

But was it worth listening to the West Hampstead Medical Centre’s doctors and Patient Participation Group chairman in the first place? Hmmm…that’s debateable. The event was billed as an opportunity for patients to hear about the new booking system and new ways the practice wants to work with their patients, and a chance for us to tell them what we want and need from the doctors and receptionists. Unfortunately, it turned out like so many other public meetings: more than half was taken up with the renegotiation of Personal Medical Service Contracts (no, I’ve never heard of them, either, but they are really beyond the influence of patients; but more later) and Key Performance Indicators; and, as always, there were a couple of people with their own very dull axes to grind, dealing with their own personal situations.

The PMS Contracts are things that many practices – including West Hampstead – sign with their local Primary Care Trust to ensure they get paid an agreed rate for the work they do with NHS patients. All PMS Contracts expire at the end of March, requiring practices to re-negotiate new ones, including new fees. And this time the fees are going down, which means the Practice will have less money to deal with the same number of patients.

To make matters worse, the fee is in part dependent on KPI – how often they meet targets for various aspects of their work, with each KPI met earning a certain number of points. Although we were told that we – through the Patient Participation Group – can help decide the KPIs that should be measured, the ‘pilot schedule’ includes such exciting things as recording the percentage of infants that are breastfed; the percentage of patients with newly diagnosed mental health problems and who smoke; and the percentage of obese adults that are referred to weight management services and followed up on their next visit. Hell, even having a Patient Participation Group that helps to ‘influence service redesign’ is worth five points.

There were some good ideas thrown about at the meeting, though. Could we have blood taken at the practice instead of having to go to the Royal Free? Could the over-65s have a regular review and discussion with their doctor about their current and future projected health? Could there be extra support services for people coming out of hospital? Could children ‘piggyback’ on their parents’ appointments, so that the mum coming in for herself could bring the son or daughter who had a minor ailment, too, thereby reducing the need for a second appointment, and freeing up the doctor’s time to see another patient?

But by the time we got to the really interesting part – the bit that discusses the dreaded appointment system and how it can be improved – time was running out. But the practice manager, Tushar Shah, did explain – quickly – that a new system will be trialled this summer with the aim of staggering phone calls from patients wanting appointments, so that instead of everyone calling at 8.30am, there will be different time periods in which to phone; a new phone network to facilitate the changes; and the possibility of introducing walk-in appointments for non-urgent cases.

We’ll just have to wait and see what happens. It is unlikely that any of these ideas will have an awful lot of impact due to the sheer size of the practice, which has 10,000 patients on its books. The most logical solution is to employ another doctor – but then, the new PMS Contract won’t cough up nearly enough money for that.”

Next Tuesday, the West Hampstead Medical Centre is holding a “Patients Participation Public Meeting” in the library at 7.30pm.

This follows on from the meeting held last November, and the formation of a Patients’ Participation Steering Group which hopes to have an impact on how the practice works. Ten thousand patients are registered at the centre and all are welcome to attend, so the library should be busy.

At the meeting, the doctors will explain the existing services and plans for improvements, as well as finding out what patients want. The practice manager will also share the planned changes to the appointments system and website. 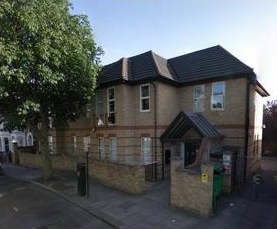