Thursday, February 2nd 2023
We have another candidate in the forthcoming election. Bona fide local Tamsin Omond is joining Glenda (Lab), Chris (Con), Ed (LD), and Bea (Green). Tamsin tells us on her website that we don’t know her. But actually we’ve probably seen her on TV. She keeps getting in trouble for doing activist things. Someone young and politically engaged. How refreshing. Absolutely. And she has some refreshing ideas. But are they the sort of ideas that we want from a would-be MP? 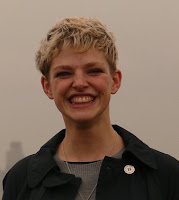 On reading her spiel I was whisked back to student union hustings. “I’m like you,” wide-eyed candidates would say, before jumping down from the stage to show oh-so-cleverly that they really wanted to connect with us. For all the good it then did us.

Tamsin’s website is full of this eager-to-please language. She’d get “everyone voting on what matters to them.” Worthy, but a big challenge. What she means is that on all issues (except environment/climate change where we have to tow her one-woman party line) she would defer to us the electorate on how she should vote. But this isn’t Switzerland where referenda are held all the time. We elect politicians to do this for us. It’s part of their job – albeit a part some do more actively than others. How will she ensure that the people telling her how to vote are representative of the broad constituency? The lower the turnout for any vote, the easier it is to be hijacked by special interest groups. And if her idea is to focus on online voting, how does that help those with limited or no access to the internet through lack of money or interest or understanding. A constituency is not just its young people it’s everyone.

She’d donate a third of her salary to “our communities’ future”. That’s more than £20,000, which is very generous but will have very limited impact. In 2009, each ward in Camden had £10,000 to spend as it wanted. Most ideas – even modest ones – for improving the area were simply too expensive. A council tax rise of £1 would have more effect.

Tamsin would also spend a day a week doing community service. Very commendable. Not sure how that would fit in with her other work as an MP – surgeries, voting in the House (after all, you can’t brand Glenda “lazy” and then not turn up to every vote possible, especially if you’ve asked your constituents to take their time to tell you how to vote). No doubt Tamsin does community work already, so I’m not sure why electing her an MP will make much difference here other than giving more publicity to some causes. Again, we can text or vote online for what community work we want her to do. Her aides would spend their time filtering through texts and e-mails rather than briefing her on policy issues.

Much of Tamsin’s warm rhetoric makes us feel comforted. She’s there for us. She’s not, she claims, a career politician (although standing for MP at 25 might suggest she’s just starting that career). She’s going to represent us and our community in Westminster. Yes, that’s what MPs do – for better or worse. One might argue that despite Glenda’s inactivity in Westminster she’s been a good local MP because she’s been receptive to local people’s needs and dealt with them. Several whampers have told me over the past six months that when they’ve had a problem Glenda has been incredibly supportive and helpful. As would Tamsin be no doubt, but the notion of an MP being close to the ground is nothing new.

There are other issues with her candidacy. Debates over how she will split the left/green vote have already begun and the view that a strong campaign will benefit the Tories has credibility. Particularly strange is her decision to run against a high-profile Green candidate; odder still when you see in her diary that tomorrow she’s off to Brighton to canvas on behalf of Green MEP Caroline Lucas.

So, in a nutshell, we have someone who is a good publicist promising to put £20,000 a year into a large community, giving up one day a week to do community work, and then asking us to vote on a regular basis on all manner of things, many of which we would have neither the time nor the inclination to research properly. There are lots of jobs she could apply for where she could work a four-day week to have one day for community work, and give away a chunk of her salary. I remain to be convinced that Member of Parliament is the most suitable – even if she is right on climate change and increasing voter turnout.