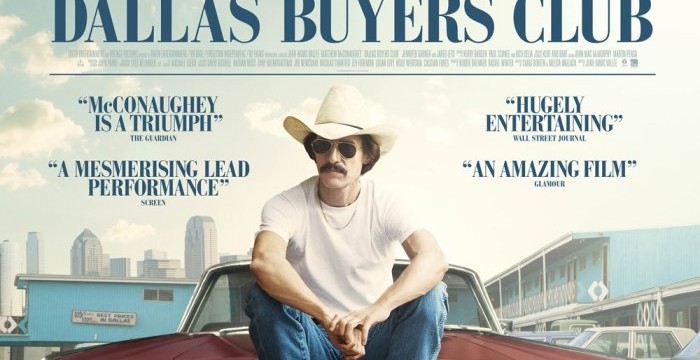 The envelope has been opened and the award for February’s NW6 film club offering has been decided. And the winner is… Dallas Buyers Club on February 9th at The Tricycle. 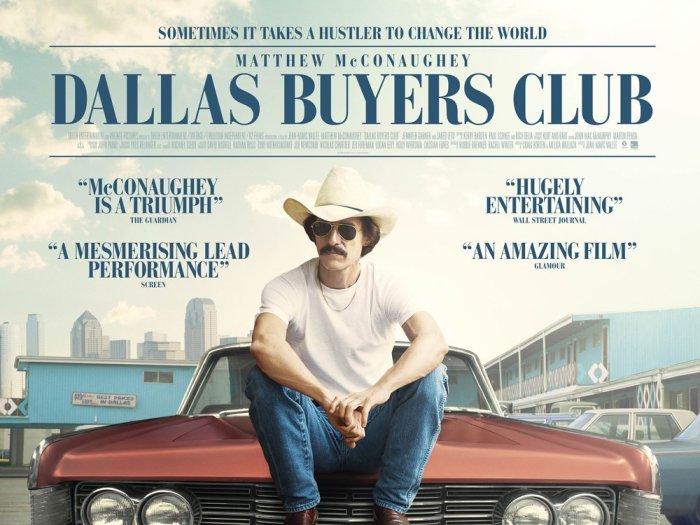 Yes, it’s awards season and so our screens are packed with high quality offerings. The next of the main Oscar contenders to get a UK release is Dallas Buyers Club: the true story of an unlikely hero who fought the medical establishment to get the AIDS drugs he needed. With six nominations, including best picture and best actor, and an impressive 93% rating on Rotten Tomatoes, it looks set to be a strong contender.

A few years ago, the idea of Film Club going to a Matthew McConaughey movie might have seemed ridiculous. Although his mainstream rom-com offerings were always successful, they were largely devoid of critical success. Matthew’s acting style tended towards the wooden, earning him the nickname Matthew Mahogany.

Over the past few years that has changed, with Matthew taking on a series of challenging roles in independent films: from Mud to Magic Mike and now Dallas Buyers Club. For his latest role he not only had to lose his plank-like acting style but also his bodyfat – shedding a reported 23kg. It paid off and he’s received rave reviews and his first Oscar nomination.

The film is on at the Tricycle on Sunday 9th Feb at 8.30pm. If you want to book, then we suggest you select Row G (this way you can book online). There’s no compulsion to sit with us though, and you can book in advance or turn up on the day (it pretty much never sells out on a Sunday night).

We’ll meet in the bar from 8pm and head to The Black Lion across the road for a drink and chat afterwards. Everyone’s welcome, so see you there!

Which gym is right for you?