West Hampstead library was full last night as a pleasing number of less familiar faces joined the usual suspects to discuss the final draft of the Neighbourhood Development Plan (download the plan here). 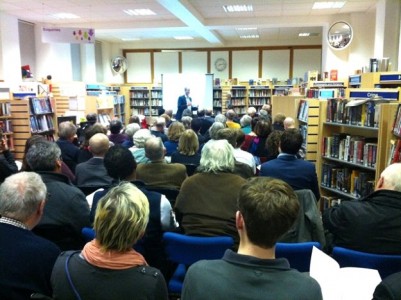 The plan, two years in the making, is out for consultation until the end of February, and locals’ input is literally shaping paragraphs and sentences even at this late stage.

Neighbourhood Development Forum (NDF) chair James Eark kicked off proceedings with a rapid fire overview of where we are in the process, and touched briefly on the 17 policy areas.

He handed over to Cllr Flick Rea who got off to a flying start claiming to have been a local councillor in West Hampstead for more than half a century (25 years more than her actual – impressive enough – tenure). Flick took us on a journey through local planning history, but the message behind the nostalgia was that West Hampstead was and would continue to be a fantastic place.

Kate Goodman, one of Camden’s planning officers, spoke briefly about the council’s role in this process, which boiled down to “we support it”.

Finally, Vincent Goodstadt, vice-president of the Town and Country Planning Association, and independent advisor on strategic planning, management of urban change and community engagement (phew!) talked about the particular challenges of planning in an area such as ours that includes both conservation areas and a major transport interchange earmarked for growth.

The floor was then opened up for questions. It was good to see that the level of debate was more civilised than at some other recent local meetings, and most of the questions were sensible. If one theme ran through the evening, it was a fear/suspicion that, for all its good intentions, the plan would simply be ridden over roughshod by developers.

There were two repsonses to this. First, that the plan was intended to be robust (there was some debate about the power of the word “shall”, which it turns out is a Good Word), and secondly that it would be a statutory document and therefore developers would have to take it into account. The point was also made, however, that the concept of Neighbourhood Plans is brand new and has yet to be tested in the field.

The conclusion that many people have already reached is that a plan is definitely better than no plan and the more strongly worded the plan the sharper teeth it will have. It can’t achieve everything, many issues are beyond its scope, but it can try and shape the way our area evolves.

The deadline for comments on this final draft plan is February 28th. Comments can be submitted online or in the library. The sentiment mapping tool, developed by Commonplace, has also been completely revamped and you can access it here and leave comments on specific places that will also be taken into account when the final plan is submitted to Camden. 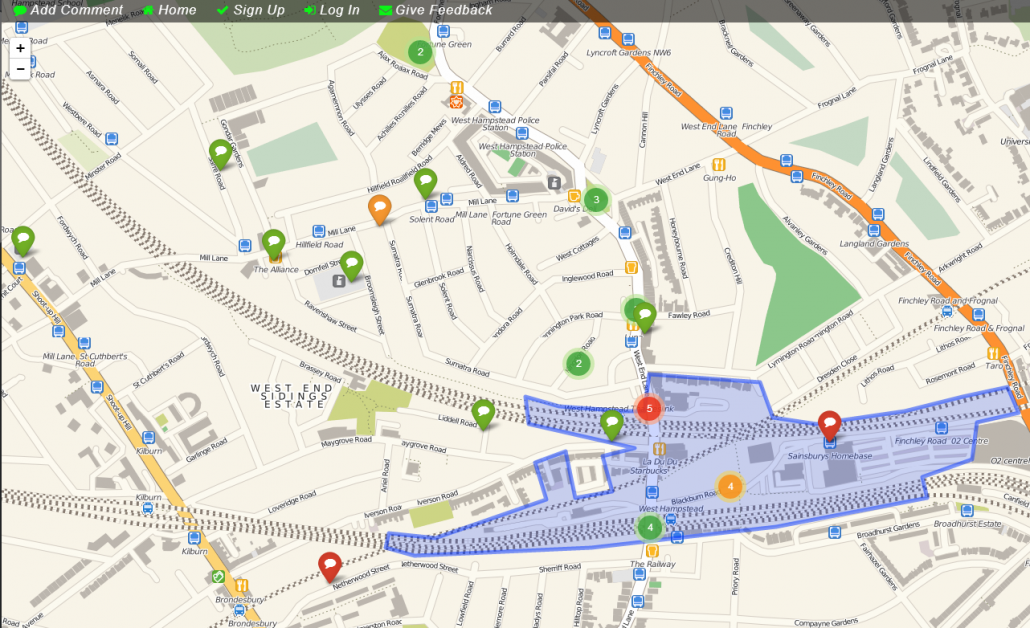 Your comments here feed directly into the consultation process

WHL live-tweeted the whole meeting (you lucky lucky people), and if you weren’t following along in real time, here’s how the evening unfolded: